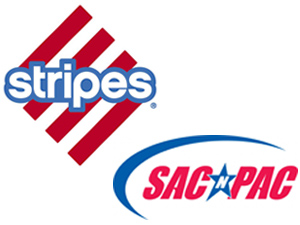 3W Warren Fuels supplied approximately 65 million gallons of motor fuel annually to the 47 Sac-N-Pac locations and to approximately 20 independent dealer locations. Susser Petroleum Partners has taken over the wholesale fuel supply for all of these locations, which are currently branded under Exxon, Shell and Valero flags.

The acquisition is expected to be accretive to both Susser Holdings and Susser Petroleum Partners. The total purchase price was approximately $88 million plus inventories. All 47 of the Sac-N-Pac stores are fee properties. The acquisition also includes one standalone branded quick-serve restaurant, five raw tracts of land for future store development and the right to acquire two additional tracts.

Susser Holdings is a third-generation, family-led business based in Corpus Christi, Texas, that operates 627 convenience stores in Texas, New Mexico and Oklahoma, with 580 under the Stripes banner and 47 under the Sac-N-Pac banner. Restaurant service is available in approximately 400 of its stores, primarily under the proprietary Laredo Taco Co. brand. Susser Holdings also is majority owner and owns the general partner of Susser Petroleum Partners LP, which distributes approximately 1.6 billion gallons of motor fuel annually to Stripes stores, independently operated consignment locations, convenience stores and retail fuel outlets operated by independent operators and other commercial customers in Texas, New Mexico, Oklahoma and Louisiana.