CORPUS CHRISTI, Texas -- Saying that he is"very pleased" with the company's most recent acquisition of 47 Sac-N-Pac convenience stores serving communities along the I-35 corridor in south central Texas, Sam L. Susser, chairman and COO of Susser Holdings Corp. detailed the possibilities and progress of absorbing the stores into its own Stripes retail network. 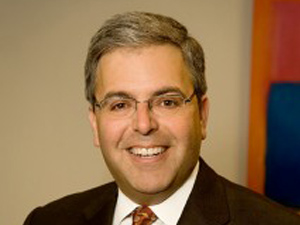 "We have completed the integration of those businesses into our organization and our backoffice systems, and they are performing well, due to the quality of the real estate," he said during the company's fourth-quarter 2013 earnings call.

"This area is a great new market for us, and it will complement our organic store expansion in some high-growth markets nearby in central Texas. … It will take six to 18 months to optimize this portfolio. … In addition to Sac-N-Pac, we expect to maintain roughly the same level of new-build growth this year as we did in 2013; 13 of these new stores are already under construction."

He added, "This is a positive development because for the past two years, most of our new stores opened late in the year. We're very much ahead of the curve for new store construction in 2014, and we're very bullish on the pipeline of new locations we're building for 2015 and 2016."

Susser also said that the company might shift some Sac-N-Pac sites to the company's dealer model, and dealers would acquire some of that real estate. "So if we are putting some stores into the dealer channel … [they] might be sold to the third-party dealers or could be sold to the MLP and leased to the dealer to be operated."

The Sac-N-Pac stores include some high-volume "new, really great facilities and some older smaller facilities with a wonderful team of folks that were part of the family. We're thrilled with the very high retention we've had through the transition, much higher than we expected," Susser said. "And we are really pleased about the potential to grow merchandise sales [in the Sac-N-Pac stores] in the next six to nine months in these stores, bringing our purchasing power and some of our merchandising and value to Sac-N-Pac customers that they haven't been able to offer in years past. … We went into it not sure how many of those stores would be able to do enough volume to operate under the Stripes model. But as we're getting into it and seeing the opportunities and seeing some of the initial response to a few key promotions, that view's changed, and we might end up with keeping a whole lot more of the stores in the Stripes system."

He estimated that only about one-third of the stores would be a fit for the Laredo Taco Co. foodservice offer "But of the remaining two-thirds, we might be surprised with our ability to help the Sac-N-Pac team really grow sales volumes and be in a position to hopefully convert many of them to the Stripes brand."

He concluded, "We just need to take time to run the play and then evaluate the data. We want to be fact based."

Susser Holdings opened nine new large-format Stripes convenience stores during the fourth quarter. It closed three smaller stores and razed and is rebuilding a fourth and it converted a fifth to a wholesale dealer location during the quarter. For the full year, the company opened a record 29 new stores and closed, rebuilt or converted eight stores.

It added eight new contracted sites in the wholesale segment in the fourth quarter and discontinued four for a total of 591 contracted branded sites as of Dec. 31, 2013. This included 99 consignment locations and 492 independent branded dealer contracts. Susser added a total of 32 new dealer sites in 2013 and discontinued 20. In 2014, in addition to the 20 new dealer sites acquired in the Sac-N-Pac transaction, Susser said it expects to add 28 to 45 new wholesale branded dealers and consignment sites.

The total purchase price was approximately $88 million plus inventories. Susser plans to initially operate all of the 47 stores under the Sac-N-Pac brand. Over the next six to 18 months, Susser may convert some of the sites to the Stripes brand, may add the Laredo Taco Co. brand to certain locations or may elect to convert some sites to the company's wholesale dealer network.

Susser Holdings Corp. is a third-generation, family-led business based in Corpus Christi, Texas, that operates 627 convenience stores in Texas, New Mexico and Oklahoma, with 580 under the Stripes banner and 47 under the Sac-N-Pac banner. Restaurant service is available in approximately 400 of its stores, primarily under the proprietary Laredo Taco Co. brand. Susser Holdings also is majority owner and owns the general partner of Susser Petroleum Partners LP, Houston, which distributes approximately 1.6 billion gallons of motor fuel annually to Stripes stores, independently operated consignment locations, convenience stores and retail fuel outlets operated by independent operators and other commercial customers in Texas, New Mexico, Oklahoma and Louisiana.