WESTLAKE, Ohio --TravelCenters of America LLC has announced that it has completed the previously disclosed acquisition of five convenience stores located in central Illinois. 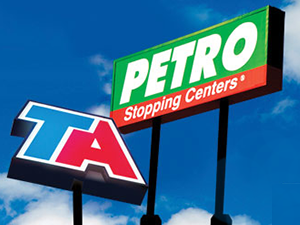 The company said it expects that it will rebrand these convenience stores, formerly known as Apollo Marts, as Minit Mart convenience stores. It also said that all of the locations will undergo improvements in the coming months.

TravelCenters of America began expanding into convenience stores when it purchased 31 Minit Marts in the Bowling Green, Ky., area in 2013. During first-quarter 2015, it acquired 26 c-stores in three separate transactions, including 19 Best Oil Little Stores in March 2015, mostly in Minnesota. In May 2015, it acquired 19 c-stores principally in Kansas and Missouri from Overland Park, Kansas-based Gas-Mart USA. It acquired 33 c-stores in Illinois with the purchase of Gardner, Ill.-based MKM Oil Co.’s Fast N Fresh chain.

In August 2015, CEO Thomas O’Brien said that TravelCenters of America agreed to acquire 123 additional c-stores in six separate transactions through the end of the year.

Among these were seven Stop-A-Sec c-stores in Wisconsin from Luck, Wis.-based Seck Enterprises and 10 c-stores in Ohio that it acquired in December from Stop’n Go of Medina Inc., Medina, Ohio. In early January 2016, the company acquired four Meiners’ Market c-stores in Kansas and Missouri from Meiners Corp. In February, it acquired five TD Pete’s c-stores in northeastern Illinois from the Bradley, Ill.-based company.

TravelCenters of America, with headquarters in Westlake, Ohio, conducts business in 43 states and Canada, principally under the TA and Petro Stopping Centers travel center brands and the Minit Mart convenience-store brand.