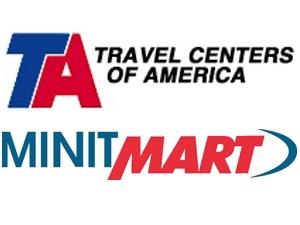 TA will continue to operate these c-stores under the proprietary brand name Minit Mart. Twenty-eight of the stores are located in Kentucky, and three are located in Tennessee. Twenty-seven of the locations include the ownership of land and buildings, and four are leaseholds.

"The 31 c-stores TA has agreed to acquire are high-volume fuel locations with larger interior space for merchandise and food offerings than typical c-stores and appear to have limited need for near-term capital investment,” Thomas M. O'Brien, TA's president and CEO, said when the deal was announced in mid-November. "We also expect TA may be able to realize synergies in purchasing and merchandising customer offerings at these c-stores, which may make the financial results, relative to the acquisition cost, similar to that expected for travel center acquisitions.”

Longtime industry name Fred Higgins and his father Ralph founded Minit Mart in 1967, according to the company's website. In 1972, Minit Mart Foods was incorporated with 16 stores. It was among the first c-stores to add gasoline dispensers, it said.

In 2001, Minit Mart Foods leased its operations to Clark Retail, retaining ownership of the assets. Besides operating its original 600 stores, Clark also acquired several other chains in the Midwest area, growing to approximately 1,200 stores. Competition, however, was intense, and Clark eventually ended up in bankruptcy in 2003, and 37 stores reverted back to Higgins, who set up Fred's Minit Mart LLC with 34 remaining stores.

Today, the locations are a combination of convenience and grocery shopping featuring Marathon gasoline; 24 of the stores offer O'Deli's sub shops and Godfather's Pizza.

The closing amount of the deal is subject to a customary post-closing adjustment based on the final working capital balance, but TA currently expects that any such adjustment will not be material.

TA 'Minit to Win It'