SAN ANTONIO -- Tesoro Corp. has announced that it has completed the previously announced sale of all of its interests in Tesoro Hawaii LLC to Hawaii Pacific Energy LLC for approximately $325 million, which includes net working capital. 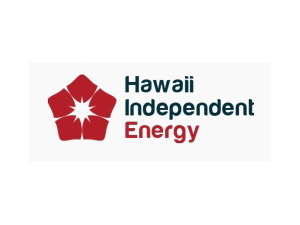 Par Petroleum said that the purchase price is comprised of $75 million in cash plus market value of net working capital and a contingent earnout payment of up to $40 million, it said. The acquired assets include a 94,000-barrel-per-day-capacity refinery; storage capacity for 2.4 million barrels of crude oil and 2.5 million barrels of refined products; and related logistics assets, including five refined product terminals, 27 miles of pipelines and a single-point mooring terminal. In addition, HPE has rights to sell gasoline through a network of 31 Tesoro-branded retail stations in Hawaii.

Tesoro Hawaii, which will be renamed Hawaii Independent Energy LLC, will operate as a separate wholly owned subsidiary of Par Petroleum and will be based in Oahu, Hawaii.

"We are looking forward to being a reliable and productive member of the Hawaii business community, and we have the right team to optimize this asset," said Will Monteleone, chairman and CEO of Par Petroleum. "I have to recognize the employees on the Islands who we have come to know. Despite the uncertainty at the refinery over the past two years, they have maintained operational excellence and have performed at, or exceeded, industry safety metrics. "

Par also completed the previously announced $125 million ABL revolving facility with Deutsche Bank and a crude oil supply and intermediation arrangement with Barclays. Barclays will provide crude oil and feedstocks to the refinery on a realtime basis.

In conjunction with the acquisition, Par completed a $200 million private placement of common stock at $1.39 per share which was led by existing shareholders Zell Credit Opportunities Fund and funds managed on behalf of Whitebox Advisors.

San Antonio-based Tesoro is an independent refiner and marketer of petroleum products. Tesoro, through its subsidiaries, operates six refineries in the western United States with a combined capacity of more than 845,000 barrels per day. Tesoro's retail-marketing system includes more than 2,200 retail stations under the Tesoro, Shell, ARCO and USA Gasoline brands, of which 595 are company operated.

How Will Tesoro Dispose of Its Hawaii Stations?