WESTLAKE, Ohio – TravelCenters of America LLC, known mainly for its truckstops operated under the TA and Petro Stopping Centers brands, is dramatically expanding its convenience-store network with six separate new deals it will consummate between August and the end of the year. 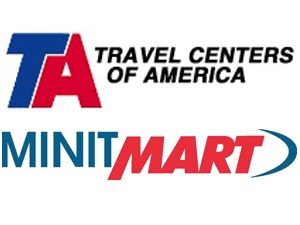 The company began its expansion into the c-store space when it purchased 31 Minit Mart stores in the Bowling Green, Ky., area, from Fred Higgins in 2013 for $67 million. Since then, it remained low-key until a burst of recent M&A activity, growing from 34 locations at the beginning of 2015 to 114, including those under contract.

During first-quarter 2015, TA acquired two travel centers, including one the company previously operated under a management agreement, for $8.4 million, and 26 convenience stores for $38.7 million, in three separate transactions including 19 Best Oil Little Stores, mostly in Minnesota. Additionally, during second-quarter 2015, it acquired 19 convenience stores principally in Kansas and Missouri from Overland Park, Kansas-based GasMart USA for $27 million.

During the company’s second-quarter 2015 earnings call, CEO Thomas O’Brien said that the company has agreed to acquire 123 additional convenience stores for about $230 million in six separate transactions. Of these, “three are very close to being ready to go in the late August, September timeframe. Another one behind that and … two others that total … 18 sites [are] likely in the fourth quarter if we can hold those deals together.”

Assuming that all of these acquisitions close, “our convenience-store portfolio will have grown from 34 locations principally in one state at the beginning of the year to over 200 locations in 11 principally Midwest states,” said O’Brien.

“In addition to our rebranding of these stores as Minit Marts, we expect to add prepared onsite food offerings at many of these stores and rebrand the gasoline at about half of them,” he said.

O’Brien continued, “Our expansion into the standalone c-store space leverages our experience operating large, modern convenience stores, and I continue to believe that we're investing at attractive, stabilized multiples for acquired sites; moreover, I believe we have also leveraged the growth in our convenience-store portfolio to deepen our relationships with a number of existing and new fuel suppliers.”

TravelCenters of America has begun rebranding the c-stores in its travel centers to the Minit Mart brand with two completed and an additional 15 underway or in the planning stage. Including the truckstops and all now-pending acquisitions, its store count will be in excess of 450, O'Brien said.

As for travel centers, the company has acquired or agreed to acquire so far in 2015. It expects its new-build travel centers in Colombia, S.C., Hillsboro, Texas, and Pioneer, Tenn., to “deliver” in first-quarter 2016, while locations in Wilmington, Ill., and Quartzsite, Ariz., will open during the first half of 2016 and near the end of 2016, respectively.

Also, the company expects to close on the sale-leaseback with real-estate investment trust Hospitality Properties Trust (HPT) of two owned travel centers and certain assets at one other for $51.5 million.

Minit to Win It