ORLANDO, Fla. -- Wawa has opened two convenience stores in Orlando, with seven more to come before the end of the year. 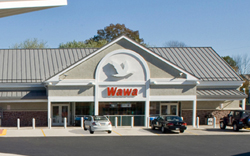 The Pennsylvania-based fuel-and-convenience retailer opened its 16th Central Florida store on Thursday, this one in Orlando, a new market for the chain, according to a report in the Orlando Business Journal. The store is offering reduced prices on gasoline and free coffee for its first 10 days of business.

The next Orlando Wawa will debut Aug. 29 just north of Orlando International Airport, according to the report.

That store will be the Sunshine State’s 25th Wawa. Two more Orlando stores are scheduled to open in October. The chain opened its first Florida store in July 2012.