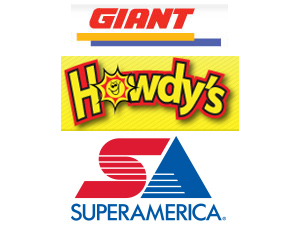 Gary Dalke, Western Refining's CFO said Western Refining has 229 gas stations and c-stores in Arizona, Colorado, New Mexico, and Texas under the under the Giant, Mustang, Sundial and Howdy's brands, while Northern Tier Energy has 163 c-stores and 74 franchised c-stores primarily in Minnesota and Wisconsin, under the SuperAmerica brand.

Northern Tier's "retail segment achieved a record year, and we continue to opportunistically grow that business," he said.

In response to analysts' questions, president and CEO Jeff Stevens said, "Certainly since the acquisition, potentially combining the [Northern Tier] and the [Western Refining retail networks] … changes our thought process relative to size. If there was an opportunity out there that made sense as a standalone, that's certainly something that we'll look at. … It's approaching that number now … based just by combining the two together."

But he added, "The retail business is important to us as it provides a secure outlet for our refinery production and helps with our RIN compliance." (The U.S. Environmental Protection Agency created the Renewable Identification Number (RIN) system was to facilitate compliance with the Renewable Fuel Standard [RFS]).

"We're very fortunate to be in the locations we are, and it's going to be our job to make sure that we capitalize on this, because there is plenty to do and plenty of opportunity out there. So we're going to stay focused and really concentrate on that," Stevens said.