HUDSON, Wis. --CrossAmerica Partners LP's closing on the purchase of Erickson Oil Products Inc., Hudson, Wis., earlier this month also closed a chapter of the book about a company with a retail history spanning four generations. But it opened a new chapter--one that is still being written--for the employees, customers and especially the new owners of the chain. 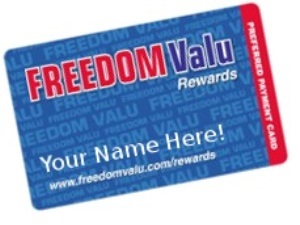 "We are now proudly in the growing market of the upper-Midwest with a strong operator that has seen steady growth over the past several years," Joe Topper, president and CEO of CrossAmerica Partners, and Kim Lubel, president and CEO of CST Brands Inc., said in a memo to Erickson Oil Products employees also posted on Erickson's website. "Erickson's large stores, with an average size over 3,000 square feet, are well operated with strong fuel margins and inside sales."

They added, "Their successful Freedom Valu Rewards program is a great opportunity for us to learn more about the loyalty and proprietary credit-card business."

Freedom Valu Rewards customers receive up to 10 cents off on each gallon of gasoline that they purchase. When consumers insert their card--linked to their checking account--at the fuel dispenser, the price rolls back instantly.

Topper and Lubel also described the new ownership structure: "Upon closing, Erickson Oil will be solely owned by CrossAmerica, with their day-to-day operations reporting into our integration and development operations team. Later this year, we expect the core retail operations will be sold to CST, with CrossAmerica retaining the dealer business, fuel supply and real estate."

"The Erickson family built a great organization with high-caliber employees and a strong work ethic. Along with our partners at CST, we expect to continue to grow the Erickson platform to further expand in the region," Topper said when the transaction closed.

Freedom Valu Centers Inc., the retail operating company of Erickson, has a long history in the retail business with continuous ownership and management by the Erickson Family.

In the 1920s, Herman Erickson opened a general store. Although he focused on groceries and general merchandise, he joined his brothers in purchasing a bankrupt refinery, which they renamed Northwestern Refining Co. Although they sold the refinery in 1970 to Ashland, the operation sparked an interest in fuel retailing. In 1950, Herman Erickson and his son Claire Erickson purchased their first gas station, in Red Wing, Minn. In 1981, they split off the petroleum operations from the grocery operations.

The operation evolved from gas stations to gasoline-convenience stores with Claire Erickson and his son David Erickson developing the chain of stores. In the early 1980s, they re-branded the stores, creating the Freedom Valu Centers brand. David Erickson took the helm from his father in 1993 as president and CEO. In 2009, the company began an aggressive reinvestment into technology, modern pumps and the re-imaging of its stores with the stars-and-stripes logo.

In the midst of this rebirth of the Freedom brand, David Erickson tragically lost his life in a motorcycle accident in July 2010. The company has been owned by trusts of the David Erickson Family and managed by senior executives led by Gary Vander Vorst.

The sale to CrossAmerica Partners included 100% of the equity securities of Erickson Oil Products and select assets of Team Investments LLC.