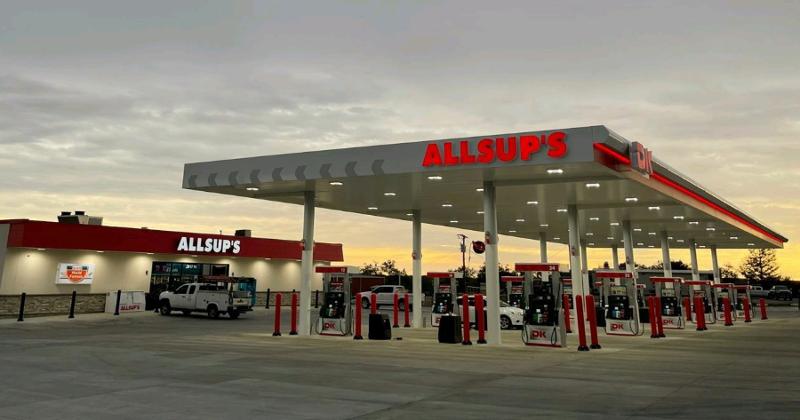 FORT WORTH, Texas — With three new stores opening in Texas, Yesway reached a growth milestone this week of 425 convenience stores in nine states.

The Fort Worth, Texas-based retailer opened new Allsup's c-stores on Nov. 21 in Fort Stockton, Hawley and Millsap, Texas, reaching the store-count goal with the company having opened 39 new-to-industry and relocated stores so far in 2022.

The total comes on the heels of a busy 12 months for the company, it said, including the acquisition of the Tres Amigos chain of stores in September, the August launch of the new Allsup's Express concept store adjacent to the campus of Texas Tech University, in Lubbock, Texas, and earlier announced openings of new Allsup's stores in Texas, Oklahoma and New Mexico.

These are the latest of the new large-format stores Yesway has developed and is bringing to market, with still more expected to be completed by year's end. The stores are open 24 hours per day, selling Allsup's burritos, private-label snacks and grocery essentials. The stores also include a new trucker/automotive section, beer cave, Western Union service, ATMs and Coin Cloud digital currency machines.

“Reaching this significant milestone in only six short years and at such a sustained swift pace is truly a testament to the dedication and hard work of our extremely talented team,” said Tom Trkla, chairman, president and CEO of Yesway. “I would also like to thank personally all of our customers. … Your loyalty motivates and inspires us and helps us to grow.”

At the beginning of 2022, Yesway ranked as the 21st-largest convenience-store chain in the United States, according to CSP’s 2022 Top 202 ranking of c-store chains by store count. With the growth this year, the chain could move into the top 20 on the list, pending other chains’ growth.

Owned by BW Gas & Convenience Holdings and an affiliate of Beverly, Mass.-based real-estate and private-equity investment and asset management company Brookwood Financial Partners, Yesway is a multi-branded platform that acquires, transforms and enhances portfolios of c-stores by leveraging expertise in real estate and technology and by implementing data-driven decision making. Its portfolio consists of more than 400 retail outlets in Texas, New Mexico, South Dakota, Iowa, Kansas, Missouri, Wyoming, Oklahoma and Nebraska under both the Yesway and Allsup’s c-store brands.