While those of us close to the tobacco industry are bombarded with news of acquisitions, mergers, consolidations, grandfather dates and even more regulations, tobacco consumers are thankfully pretty content and relatively unaffected (so far) by these industry upheavals. There have even been several areas of strength in the past year, contributing to a level of growth. 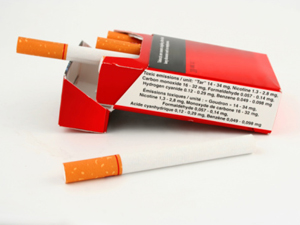 In a recent analysis of the nicotine-delivery category (store-level distributor shipment to retail data) through the third quarter of 2016, Management Science Associates (MSA) found that the category has grown overall by 1%. Recent indications show that the category may not have performed as well during the fourth quarter, but there are several areas, including cigar, moist and vapor categories, that have shown positive trends vs. a year prior.

The overall growth of 1% held true in the convenience channel, but the dollar-store channel showed a stronger growth rate of 4%. Meanwhile, tobacco outlets continue to see declines, with the segment down 3%. While the dollar channel showed the strongest growth rate, some of this was simply due to increased distribution as more dollar stores added tobacco to their store sets.

Despite the smaller volumes, c-stores should nonetheless keep an eye on dollar stores.

The dollar-store channel has been adjusting its product mix considerably, with many stores adding the vapor category only to reduce the number of items or eliminate the category altogether. MSA has also seen similar moves with the addition of, and subsequent reduction of, items in the moist category.

This channel has thrived by adjusting its product mix for the items that sell the strongest and are most desired by its customers. When this is figured out for the tobacco category, it will become a far stronger sales opportunity for the industry.

When it comes to product categories, cigarettes have averaged a decline each year of approximately 3.5%. Yet we have seen quite a swing in category sales in recent years. While the improving economy and lower gas prices have had a positive effect on cigarette consumption, tax increases and the introduction of the vapor category have countered that effect.

Interestingly, if you look at the past 10 years and calculate a 3.5% decline each year, you will arrive at the level that cigarette consumption is expected to reach when the final numbers for 2016 are calculated.

In addition, based on our analysis, we expect this average level of decline to continue for the near future.

The cigarillo category has shown a surprisingly strong growth rate, reaching 11% across all outlets this past year. Spurred by heavy promotional activity, sales of cigarillos in the convenience channel surpassed this overall level, reaching 12%.

In contrast, we have seen a slight decline in the small-cigar category cigars sold in packs of 20, with filters likely due to the improving economy in which consumers often traded up to a higher-priced product.

Another promising product line has been the moist tobacco category. It grew at a rate of 3% in 2015, and we estimate it achieved a 4% growth rate in 2016. Much of this growth has been fueled by the introduction of new items, as well as continued dual usage of combustible and noncombustible products by many tobacco consumers.

The vapor category has also seen some promising growth this past year despite a slowdown in growth the previous year.

The e-cigarette category increased by 14% across all outlets and showed a similar increase in the convenience channel in 2016. This growth was mostly driven by cartridge sales across many of the brands. Notably, the e-liquid product line saw a further decline in the traditional channels, but tended to perform well among retailers that carried a representative product line of the most popular formulas. Moreover, the vapor category did continue to grow in the vape-shop channel, based on additional MSA research.

Despite the amazing amount of change we are all experiencing in the tobacco category, there are some very positive signs for the continued strength of this business.

The tobacco consumer, not currently affected by all of this change, continues to show a strong interest, and we can all find a momentary level of comfort in that thought.