Let’s be honest. Bubba is a great guy. He is hungry and thirsty and a reliable, all-around good fella. He works hard, plays hard and drives hard. But there’s something about his habits that has your eye wandering, looking for that fairytale character with a wider palate and deeper pocketbook. Let’s call her Alice. 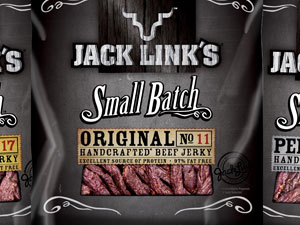 “The convenience-store industry has been trying to pay more attention to Alice by bringing up the level of snacking in c-stores. If you want to call that artisanal, small batch, better for you—you can call it all of those things because it is,” says Tim Bradley, a partner at Open Road Snacks, Centennial, Colo.

“There’s a growing proliferation of upscale snacking,” says Ken Seiter, chief marketing officer at the Specialty Food Association, New York, which hosts the twice-yearly Fancy Food Shows. He attributes the trend to the growing sophistication of the consumer palate paired with the desire for daily indulgences while on a budget.

The trend is rising from start-up artisanal companies taking on stalwart c-store snack types such as jerky and chips, as well as established CPG firms adding an artisanal flair to their legacy lines. It shows no sign of stopping, and c-stores are well positioned to ride the wave.

The Snack Attack Continues
All of this isn’t to say that traditional items don’t have a place on the snack shelf of the future. Americans’ appetite for all snacking is on the rise. More than 90% of U.S. households have eaten a salty snack in the past 30 days, according to a November 2013 report on salty snacks in the United States from research firm Packaged Facts, Rockville, Md. Potato chips alone are consumed by 85% of American households.

Large manufacturers are indeed taking notice. Seiter says he often sees them browsing the aisles at the Fancy Food Show, hunting for the next big idea to steal and pushing specialty snacks further into the mainstream.

“The mass marketers are really starting to get on the case because that’s where the consumer is going,” he says.

Saved By Specialty
Open Road Snacks does 85% of its business in convenience stores. It targeted the industry specifically for its high-end snacks because it recognized that c-stores would begin to shift their focus from their core competency of fuel and cigarettes toward other products—and consumers—that may compensate for those lost sales.

“It was all a lot of talk until the c-store industry started to bump into some changing tobacco regulations and the buzz saw of the payment-processing issues that have denigrated their ability to make margin on fuel,” says Bradley.

It turns out that Alice likes to eat things that she perceives are good for her. According to Bellevue, Wash.-based The Hartman Group’s Eating Occasions Compass data, 53% of all eating occasions are snacks. And 56% of those eating the snacks consider “health” an important part of helping them determine what they eat.

Open Road’s Bradley sees the success in his own product mix. The company’s No. 1 product is a white Cheddar popcorn—only marginally healthier than other snack options, but that’s not the important part: “In terms of quality it’s miles ahead. [And] popcorn being a whole-grain snack puts it to the front of the line. We just sell the heck out of it.

“The consumer demographic shift remains a fact of life, whether the tip of that sphere is better-for-you or craft or just better products. A slice of the c-store customer is looking for something different, something better, something new.”

The White Rabbit
Snacks are changing form as well as function. Nuts and seeds came into play in the c-store sphere big time in 2013. Flavors such as sriracha, kimchi, habanero and sea salt are almost as common on the c-store shelf as barbecue and sour cream and onion.

“Nuts obviously have been around forever, but [they’re] becoming next year’s biggest snack food,” says the Specialty Food Association’s Seiter. “We’re also seeing heat in a lot of different types of snacks. Sriracha was one of the major, major trends [in 2013], not only in savory but sweet as well.”

Following that white rabbit along with Alice are millennials, a generation raised with more sophisticated flavors and global food influence. They tend to read ingredients and look for words such as “natural” and “organic” on food labels. And the closer that snack was created in relation to the point of sale, the better.

“Local is really exploding,” Seiter says. “People want to know that they’re getting quality ingredients and where they came from. What I’m putting into my body is important.”

To that end, gluten-free continues to flourish in snacks as well as all product categories. Nearly $10.5 billion worth of gluten-free products were purchased last year.

“It was at first very specialized and now, five years later, you’re seeing it all over the place. You’re definitely seeing it in snacking,” Seiter says.

In Its Right Place
Properly merchandising craft and specialty snacks is as important as having the right product mix—if not more so, says Open Road’s Bradley. He believes that it’s nearly 80% of the battle to a successful specialty snack program: “It has to be nicely done, not overdone,” he says.

“There are convenience venues in which better-for-you might as well be put in the back of the men’s room,” he says.

“One single tool—the better-for-you hammer—is not going to work on every nail. Convenience stores need to find what that magic button is for their demographic, their geographic area, and then [commit to] it and do a good job around it. Then the new customer will come,” he says.

So it’s right place, right product, right flavor. Specialty snacks are something that even Bubba can get behind—after all, it’s just his regular go-to snack with a twist. And if you’re looking for Alice, you can find her there too, looking for something just a little bit different.

Fancy Feast
The Specialty Food Association recently announced its top 2014 specialty food trends, as reflected in the products on display at the January Fancy Food Show—always a harbinger of flavor trends.