HOUSTON -- BP Products North America Inc. has joined CITGO Petroleum Corp. in notifying its branded marketers that by contract, they are prohibited from selling synthetic drugs such as those commonly known as "Spice" or "K2." 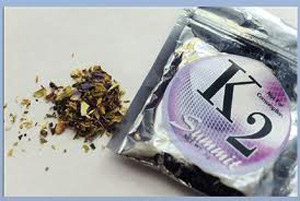 The letter, which BP provided to CSP Daily News, reads in full:

The U.S. Drug Enforcement Administration (DEA) recently added some of the compounds used in making "bath salts" to the federally controlled drug schedule as a Schedule 1 controlled substance. Please note that the sale of some synthetic cannabinoids (products that mimic THC, the active ingredient in marijuana) are illegal; therefore, the possession, distribution, sale and use of some of these synthetic stimulants are now a violation of federal law.

Unfortunately, some manufacturers have attempted to skirt this law by changing some of the chemical compounds.

According to the DEA, these products are sold at a variety of retail outlets including service stations under brands such as "Ivory Wave," "Purple Wave," "Vanilla Sky," "Bliss," "Spice," "K2," "Blaze," "Red X Dawn" and other names are usually labeled as incense to mask their intended purpose. Even though the sale of these products may not specifically be illegal in a given state, these substances have been shown to have harmful physical effects in those who take them.

Beginning immediately, all BP-branded sites are prohibited from displaying, using, storing, offering or selling illegal drugs, OR synthetic drugs produced to mimic illegal drugs, (including, but not limited to cannabinoids) or items that are intended or designed for use in ingesting, inhaling or otherwise consuming an illegal drug. Prohibited items will include, but not be limited to, pipes, tubes, roach clips, instructions or descriptive materials or containers for concealing illegal drugs or paraphernalia.

I would appreciate your diligence in ensuring that all of your BP-branded sites are periodically checked to ensure the sites meet all contractual obligations including, but not limited to, prohibiting the sale of these products similar to those mentioned.

Thank you for your cooperation in this matter and your continued business.

This week, State House members, through the House Judicial Committee, are expected to vote on the tougher laws against the products, broadly known as the brands K2 and Spice. Several counties and communities across the state have already enacted emergency ordinances to ban sale of K2 products.

"This is a deadly and dangerous family of products, which do not belong for sale anywhere, much less on store shelves. We certainly do not want to see these products at any of our member merchant locations," said MFBA president and CEO Jennifer Kluge.

"It's all about community responsibility in the cities and towns where our members do business," said MFBA chairman Ed Deeb. "It's all about doing the right thing by protecting those from doing great harm to themselves, and to others around them."