WASHINGTON -- Congress is providing $11 billion to prevent a 28% reduction in federal highway and mass transit spending at the peak of the summer construction season. The Senate passed a House-written bill to augment federal gasoline and diesel fuel taxes for keeping the federal Highway Trust Fund solvent through next May, reported the Associated Press. 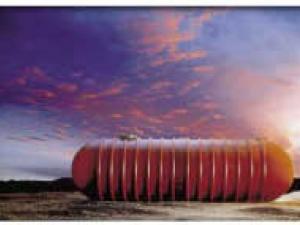 The bill raises $6.4 billion by allowing companies to reduce the amount that they contribute to their pension funds now and make up for it later, called pension "smoothing." Since pension contributions are tax deductible, companies would owe more tax revenue in the next few years as more of their earnings are taxed. But in the later years, they would be able to claim higher deductions from larger contributions to their pension funds, costing the government revenue. Over time, the pension measure doesn't raise revenue. But over the next 10 years--the time frame used to estimate the cost of legislation--it does, said the report.

Critics warn it could cost taxpayers in the long run if federally insured pension plans can't meet their obligations and the government's Pension Benefit Guaranty Corp. has to cover them.

The bill raises $3.5 billion by extending for one year--through 2024--various user fees paid to the Customs Service for goods, vehicles and people entering the United States

Critics say it's a gimmick that allows lawmakers to spend the money now and not pay it back for 10 years.

And, most relevant to gasoline retailers, the bill transfers $1 billion from the Leaking Underground Storage Tank (LUST) Trust Fund, established to pay for cleaning up sites contaminated by pollution from leaking USTs, including those at gas stations.

The $1-billion transfer would leave only $400 million in the fund, according to a report by the Petroleum Marketers Association of America (PMAA).

"Petroleum marketers have supported the LUST Fund and have paid $3.8 billion in LUST taxes since its inception. In 2012, Congress included a provision in the Highway bill that raided the LUST Trust Fund of $2.4 billion dollars and moved it to the Highway Trust Fund," it said in the most recent edition of the PMAA Weekly Review.

"While PMAA opposed this provision, Congress could have lessened the blow by including language which would have required that future revenue collected for the LUST Fund is used for its intended purpose. Now Congress is nearly depleting the lust fund."

It added, "PMAA believes the LUST Fund should be solely used to support UST leak prevention and remediation programs. PMAA is also concerned that states might increase tank fees to account for the LUST Fund shortfall. Raiding another $1 billion from the fund will cripple important programs and ultimately harm marketing companies who have paid the tax and built the fund over the past 25 years. If the fund isn’t being used for its intended purpose, the fee should be eliminated."
The Senate passed the final bill last night by a vote of 81 to 13. This was one of the last votes before lawmakers left for a five-week Congressional recess.