UPDATE: "The Dodd-Frank Wall Street Reform & Consumer Protection Act of 2010 required the Federal Reserve to set guidelines that would result in debit card swipe fees that are "reasonable" and "proportional" to banks' costs in processing debit card transactions,” said NACS president and CEO Henry Armour. "Unfortunately, the Federal Reserve chose to ignore the law," he added, in reference to the Durbin Amendment. 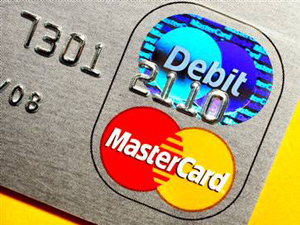 "The Fed's job was to implement the law as written and it did not do that," said Doug Kantor, a partner at the Washington law firm of Steptoe & Johnson and lead counsel in the lawsuit. "Consumers are continuing to be gouged and financial institutions are continuing to reap huge profits. We hope that the court will affirm Judge Leon's decision and force the Federal Reserve to implement the law as Congress intended."

WASHINGTON -- Retailers seeking a rewrite of a key rule governing debit-card fees ran into tough questioning at a federal appeals court Friday, suggesting convenience stores, gas stations, grocery stores, restaurants and other merchants may not get the lower interchange or "swipe" fees on debit-card transactions they are seeking.

A three-judge panel for the U.S. Court of Appeals for the District of Columbia Circuit challenged arguments by the National Retail Federation (NRF), National Association of Convenience Stores (NACS) and other retail groups that the Federal Reserve allowed card networks to set transaction fees too high and in violation of the 2010 Dodd-Frank law, reported Dow Jones.

U.S. District Court Judge Richard Leon had sided with the merchants in July and overturned the Fed's rules, saying the central bank should lower the fees merchants pay banks every time a customer swipes a debit card.

"Nearly four years after the law was passed, debit swipe fees are still far higher than they should be, and banks are raking in billions of dollars in unearned profits every year as a result," NRF senior vice president and general counsel Mallory Duncan said in a separate statement. "Instead of doing what Congress ordered, the Fed gave in to pressure from big banks--and retailers and their customers are paying the price. It's time for the Fed to follow the law instead of catering to the industry it is supposed to regulate."

Judge David Tatel appeared to undercut one of the merchants' primary arguments, according to the report, saying all three judges disagreed with the premise that the Fed's action violated statutory language related to the fee cap.

"None of us buy that," Judge Harry Edwards added.

The Fed says its rules would cap the fees at about 21 cents per transaction, down from the previous average of 44 cents. The Dodd-Frank law directed the Fed to set fees that are "reasonable and proportional" to the costs of a given transaction.

Katherine Wheatley, an associate general counsel in the Fed's legal division, told the appellate court Friday the Fed had reasonably determined the costs that banks and card giants like Visa Inc. and MasterCard Inc. could recover. Retailers argue that the Fed's cap on transaction fees is too high and allows financial firms to recover costs well above what it takes to process a transaction.

Jaret Seiberg, an analyst with Guggenheim Securities, said the judges appeared to generally agree with the Fed's approach, though they could still ask the Fed to do a better job in justifying the fees. "All three judges made clear that they believe the law gives the Federal Reserve the ability to include costs ... that go beyond those laid out in the law by Congress," he told the news agency.

The Fed also argued it followed Congress' direction in allowing for competition between networks that process transactions. Retailers say the Fed rule creates a large loophole and that for many transactions, only one processing network will be available.

That argument also appeared to fall flat with at least Tatel, who continually interrupted Shannen Coffin, a lawyer representing merchants. "When you were in elementary school, did you diagram sentences?" the judge asked, questioning the attorney's interpretation of the grammar in a statutory clause Coffin said required the Fed to allow for at least two networks for every transaction.

An attorney representing several financial industry trade groups told the judges to uphold the Fed's rule. Firms argue the current fee caps have forced banks to raise costs for checking accounts and other services, but haven't prompted merchants to lower their prices. Retailers say that some of their costs have gone up since the Fed's rule because card companies no longer charge lower fees for small transactions.

A 2013 study found the current cap is saving merchants $8.5 billion a year, with more than two-thirds passed along to consumers, but that $12.5 billion could have been saved under a 12-cent cap, NRF said.