BROOKLYN, N.Y. -- The settlement approved in U.S. District Court for the Eastern District of New York in Brooklyn on Dec. 13 in the long-running legal dispute between retailers, payment networks and card issuers over interchange fees "is woefully inadequate," according to the National Association of Convenience Stores (NACS), which said that it will appeal the decision. 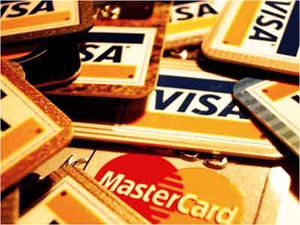 Visa and MasterCard won approval for a $5.7 billion deal over allegations that credit-card swipe fees are improperly fixed, reported Bloomberg.

U.S. District Judge John Gleeson said that he was satisfied with the settlement, estimated to be the largest-ever U.S. antitrust accord.

"For the first time, merchants will be empowered to expose hidden bank fees to their customers, educate them about those fees and use that information to influence their customers' choices of payment methods," Gleeson wrote in his ruling.

NACS filed private antitrust litigation against the major credit-card companies and banks in 2005. Counsel for the class of merchants in that case reached a proposed settlement with the defendants in 2012, "but it is woefully inadequate," the group said.

As reported in a Raymond James/CSP Daily News Flash, NACS said that the proposed settlement would give merchants a limited right to surcharge that is too complex to implement and would allow the credit-card companies to continue to set prices for their member banks. Furthermore, the proposed settlement would do nothing to give merchants competitive network routing choices and also lock-in many anti-competitive activities of the credit-card companies forever.

NACS led opposition to the proposed settlement, opting out of and objecting to it, and was joined by dozens of trade associations and thousands of retail companies.

Lawyers representing merchants nationwide announced the settlement in July 2012. Once worth as much as $7.25 billion, the settlement was valued at about $5.7 billion as of August as a result of reductions for about 8,000 merchants that dropped out of the damages portion.

Dozens of large retailers, including Wal-Mart Stores Inc., Amazon.com Inc. and Target Corp., as well as major airlines, health insurers and other consumer businesses criticized the deal. Some said the amount should have been higher and that a legal release preventing future lawsuits was written too broadly.

Shortly after Gleeson issued his order, retailers and trade associations that opposed the deal filed notices that they will appeal the decision, the news agency said.

"We are very disappointed that this deeply flawed settlement has been approved," he said. "It is not supported by the retail industry and would do nothing to reduce swipe fees or keep them from rising in the future. The settlement permanently ties the hands of thousands of businesses who wanted nothing to do with this misguided case, and a decision to approve it violates established law and common sense. We are reviewing the ruling and will take whatever steps are necessary to protect the rights of merchants and safeguard the pocketbooks of their customers."

NRF argued against approval of the settlement at a hearing in September.

"The proposed settlement is next to worthless," Duncan said at the time. "It does nothing to reduce swipe fees or keep them from rising in the future, it offers retailers pennies on the dollar for the damage that has already been done, and it tries to tie merchants' hands from ever suing again. This is actually worse than no settlement at all because it further entrenches the monopoly held by the card companies."
Credit-card swipe fees cost merchants and their customers and estimated $30 billion a year and have tripled over the past decade.

"The long political conflict over interchange fees is finally over, settled by a well-established legal process, which brought together retailers and the card industry for a negotiated resolution. After years of mediation, dozens of meetings and millions of pages of evidence, the parties involved have willingly agreed to settle their dispute. This settlement is in the best interest of all involved parties and that has been proven today with the court's final approval."

An expert appointed by the court told Bloomberg that merchants might not be able to prove their case at trial and were probably better off taking the settlement.

The settlement "secures both a significant damage award and meaningful injunctive relief for a class of merchants that would face a substantial likelihood of securing no relief at all if this case were to proceed," Gleeson said in his ruling.

"We are pleased that Judge John Gleeson has granted final approval to the U.S. merchant class settlement agreement," Noah J. Hanft, MasterCard general counsel, said in a statement. "Today is an important milestone in putting this litigation behind us and we look forward to working in partnership with the merchant community."

In a Sept. 12 hearing, Gleeson said he was concerned that releases in the accord might have gone too far in protecting the card firms from future lawsuits over new payment technologies.

"I have a concern, a well-grounded concern here, that this release places the line of scrimmage in the wrong spot," he said during the hearing, regarding new technologies.

Lawyers for objectors expressed concerns that the releases could apply to new technologies such as mobile payment systems. Such systems could give merchants a way to reduce or escape interchange fees unless the card firms "trump" those opportunities, Michael Canter, a lawyer for some of the objectors, said during the hearing.

In court, lawyers for objectors also said the structure of the deal, which binds all merchants under the release even if they elect to drop out of the damages portion, is a problem.

"The settlement rewards the perpetrators and traps the victims," Andrew Celli, a lawyer for the NRF, said during the Sept. 12 hearing.

In the latest decision, Gleeson described the objectors' arguments at the September hearing as being "afflicted by needless hyperbole."

Merchants are expected to receive about one-third of a year's worth of interchange payments when final approval is granted and the order isn't delayed by an appeal. That estimate is based on assumptions about the number of merchants that will file claims and other factors.

"The settlement gives merchants an opportunity at the point of sale to stimulate the sort of network price competition that can exert the downward pressure on interchange fees they seek," Gleeson said in his ruling.

Gleeson included a slight change to the deal addressing concerns raised by state governments by clarifying that it does not bar potential regulatory or law enforcement actions.

The settlement does not pertain to debit-card interchange fees, which are regulated by the government under the 2010 Dodd-Frank Act. In July, a federal judge found those fees had been set too high and ordered the Federal Reserve to revisit the rates.