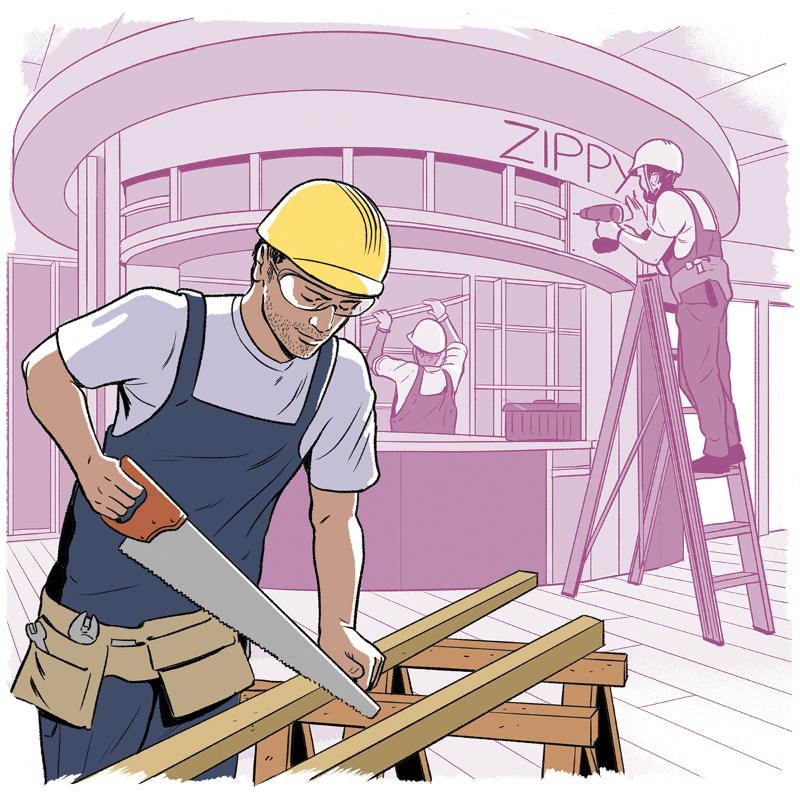 “By offering free Wi-Fi, a comfortable workspace, local coffee and food, and access to free financial advice, a bank is no longer just a bank,” he says. “With c-stores, I’m guessing someone is thinking about more transformative solutions where technology is just a piece of the total experience.”

Of all the ways convenience retailers can carve out relevance, the most obvious starting point is the physical aspects of the c-store: location, lot size, store size and the fuel-plus-store format. One hundred percent of the retailers surveyed said they intend to grow their companies.

The question is how. Only 32% have plans to remodel their stores, and only 19% intend to build new locations.

Surprisingly, 60% don’t intend to upgrade their locations at all. According to the survey, 80% of stores are more than five years old and more than 23% are 10 years or older.

A big issue is money. “When you do a major remodel, it is almost impossible to get a return on your investment,” one retailer said.

Unfortunately, inaction won’t resolve the relevance issue. “Think about the cellphone you had in 2009,” says Donna Hood Crecca, principal with Chicago-based Technomic and co-author of the report. Crecca refers to the BlackBerry she owned in 2009. “I don’t use it anymore, obviously,” she says. “Likewise, a store built in 2009 may not feel relevant. It may not meet the needs of today’s consumer, let alone tomorrow’s.”

Of course, the costs of growth are intimidating. NACS State of the Industry numbers show a typical new-to-industry (NTI) store in an urban location cost as much as $8 million in 2018. A rural NTI store cost nearly $6 million.

Simply updating stores is costly. Study participants said that over the next three years, they intended to spend in the $16 million to $30 million range for remodels or raze-and-rebuilds.

At CSP’s 2019 Outlook Leadership conference, Tony Miller, president of Brentwood, Tenn.-based Delek, pointed to his company’s 2016 sale of the MAPCO retail chain assets as a way to fund its purchase of Alon last year. While Alon was the biggest 7-Eleven licensee in Texas and the Southwest, Miller said Delek’s intent is to transform those assets with a new DK retail brand and a more relevant offer.

Other retailers are keeping relevance in mind as they consider growth. On Circle K’s July 10 earnings call, Brian Hannasch, president, CEO and director of parent company Alimentation Couche-Tard, Laval, Quebec, spoke about its more than two-year effort to unify its stores under the Circle K brand. Almost all of its stores in Texas and half in Arizona are still rebranding, which includes a bean-to-cup coffee program and upselling technology.

And 7-Eleven, the largest c-store chain in the U.S., according to CSP’sTop 202 ranking, also intends to “push boundaries” of convenience retail. Its lab store “serves as a place to see what really resonates with customers and how we can use those learnings to influence future store designs,” the company says.

Which do you anticipate being the primary drivers of store-count increases?

Participants could select more than one answer.

In how many months do you expect to increase your store count?

How have you increased your store's footprint?

Participants could select more than one answer.

What percent of your stores were built ...

Exclusive Study: A Question of Relevance