CHICAGO — What began as a chance meeting in a hotel in India has led to the first “gas station with a purpose” to open in the Chicago Lawn neighborhood in Chicago. The Roux, based on the children’s book character Roopster Roux from the series “The Adventures of Roopster Roux,” will offer gas, groceries and community outreach programs focused on literacy, reported Block Club Chicago.

Construction started in early May, and the location is set to open in December.

Lavette created the character to help her younger brother learn to read. She quickly gained a following when the first book was published more than 20 years ago, even catching the attention of then-Mayor Richard M. Daley, who honored Roopster Roux with its own day.

Several years later, she collaborated with comedian Steve Harvey for another book in the series, “Steve Harvey Presents The Adventures of Roopster Roux: That’s Not Punny.” 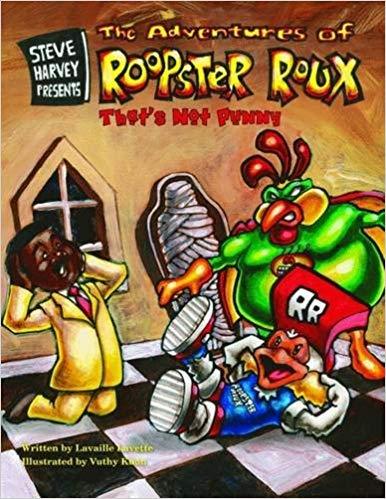 Lavette has sold more than 400,000 books, tapes and other merchandise affiliated with the brand, according to the Roopster Roux website.

She met Dr. Vijay Prabhakar at a women’s conference in Hyderabad, India, in 2017 and told him her vision for a convenience store that would double as a community outreach initiative. Prabhakar, founder of U.S. Rep. Danny Davis’ (D-Chicago) Multiethnic Advisory Task Force, introduced her to Abdalah and Odeh in February 2018. They set a plan in motion to open the station.

Opening The Roux in Chicago brings the journey full circle for Lavette, a Louisiana native. “Chicago was one of the first cities to recognize what we were doing,” she said. “Roux was welcomed here. The kids loved it.”

“This is more than a gas station,” Moore said. “We’re bringing about community here.”

There are plans to open six more stores in the city, and eventually expand nationwide. The opening of the Chicago Lawn location will also serve as the launch of several community outreach programs, including an “all-star” reading team literacy club.

The Why Behind the Why: 4 Ways to Think Differently