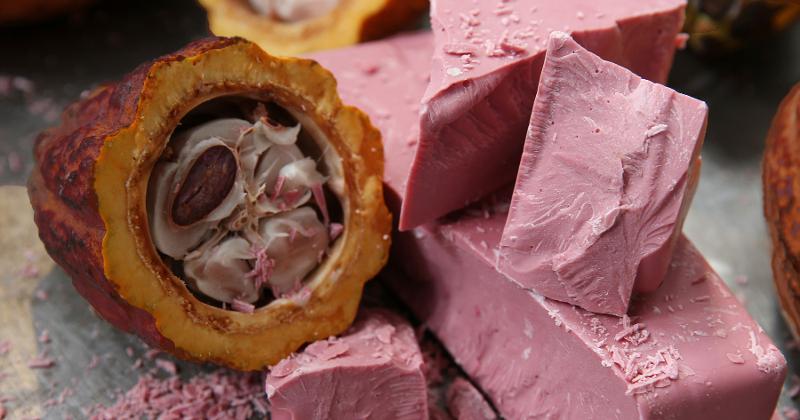 The smooth, berry-flavored chocolate is best paired with bars, tablets, bonbons, pastries and desserts, the company said. It had previously launched in Asia, Europe and Australia before hitting North America, and Barry Callebaut is working with the U.S. Food & Drug Administration to test-market the product.

“Fueled by the overwhelming consumer response around the globe, Barry Callebaut collaborated with a small group of pioneering artisans over the last six months to soft launch ruby in the U.S. marketplace,” said Peter Boone, CEO and president of Barry Callebaut Americas. “The sales of those consumer products have been very strong. As a result, to help ensure that our business partners have access to the product, we feel that now is the time to take the next step in our global rollout campaign and introduce ruby to the entire North American market.”

Ruby will debut as a couverture—chocolate made with extra cocoa butter to give a high gloss, used for covering sweets and cakes— this month at the National Confectioners Association’s Sweets & Snacks Expo in Chicago. Barry Callebaut will also host a private chef-led event May 20 in Miami to celebrate the launch. Both events will feature chef demonstrations, product application sessions and sampling.

“Given the fact that ruby satisfies an unmet consumer need, we decided not to trademark ruby chocolate across the world, as no one should ‘own’ ruby,” said Bas Smit, global vice president of marketing for Barry Callebaut. “We aim for category growth and to have ruby accepted as the fourth type of chocolate.”

Based in Zurich, with U.S. headquarters in Chicago, the Barry Callebaut Group manufacturers chocolates and cocoa products, such as cocoa beans and chocolate fillings. The company provides chocolates to a variety of channels, ranging from convenience stores and restaurants to pastry chefs and bakers.