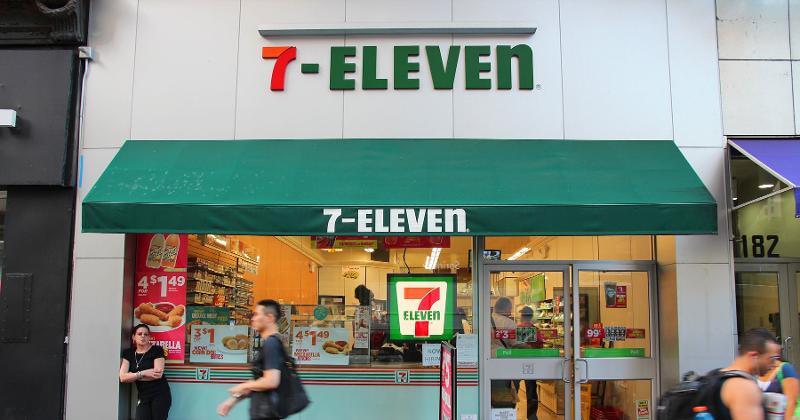 IRVING, Texas — Introducing a new portfolio of snack brands to compete with established offerings is one way to be a category disruptor.

After a meticulous vetting process in spring 2019, 7-Eleven Inc. ushered in small, independent beverage and snack brands to the retail sets at 125 stores in the Los Angeles market—all part of its “Sips & Snacks That Love You Back” retail campaign. Prior to that spring, brands had a chance to impress 7-Eleven brass for eventual in-store placement during a two-day “Next Up” event, held in Irving, Texas, in October 2018.

In late October 2019, the chain launched the second round of the program, with the aim of adding smaller healthy-snack brands to store sets, due for arrival in 7-Eleven Los Angeles-based stores in 2020. For this second campaign, the program could expand beyond 125 units, the company said. While the initial program was confined to the Los Angeles metro area, the chain selected stores in 10 city demographic “neighborhoods,” which allowed the snack brands to garner trial diversely and holistically to measure performance across multiple demographic groups.

It’s all part of the chain’s mission to shake the tree by introducing snack items that boast attributes such as keto, paleo, vegan, organic, gluten-free and plant-based. Positioned at endcap displays and inside open-air cold cases, the lineup is geared “toward power snackers, restricted-diet followers and anyone looking for ways to incorporate more functional, better-for-you and immediate-consumable snacks to keep them fueled while on the go,” said Chris Harkness, 7-Eleven’s vice president of business development and sales and field merchandising.

The program is warranted: Customers have more “discerning taste than ever before,” Harkness said. They seek cleaner sources of protein, clean labels and plant-based options. “People appreciate innovative and differentiated products, and that’s the reason we started sourcing emerging brands,” he said.

7-Eleven franchisees and customers, Harkness said, are already reaping the benefits from the initial Sips & Snacks program. The expanded in-store lineup is appealing to existing 7-Eleven consumers while also recruiting new ones who have established a following with these smaller brands.

“Customers are able to find these brands at 7-Eleven rather than having to travel to Whole Foods or use e-commerce to make a separate purchase,” Harkness said.

In the meantime, new snack brands are being showcased aggressively in stores to garner maximum exposure.

“We wanted it to be so obvious that our customers couldn’t miss them,” said Marisa Bertha, director of business development and 7-Ventures. “The smaller snack brands were also energized [by the opportunity to find a home in 7-Eleven stores] as many activated digital programs to make their followers aware that 7-Eleven now carries their brands.”

The success of the spring 2019 campaign has the 7-Eleven new business development team fired up for additional positive results going forward. In late October, 7-Eleven held its second Next Up event at its Store Support Center in Irving. It incorporated workshops, an expo and keynote sessions with industry experts, and it looked closely at the relevance of emerging brands in the retail industry. Sixty-five brands were invited to pitch their case for a spot on 7-Eleven store shelves.

As of press time, the chain could not yet share which brands would advance through the selection process for 2020 store participation. One certainty is that consumers’ push for healthy snacks motivated 7-Eleven to embark on the program—and provide customers with maximum choice when visiting the snack aisle.