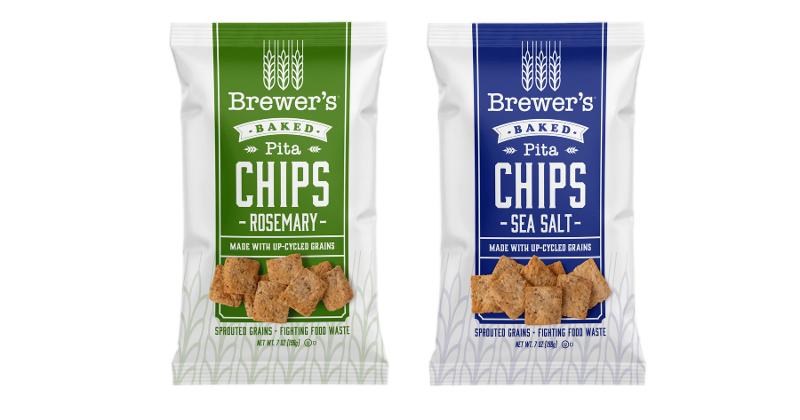 SOMERVILLE, Mass. — Brewer’s Crackers, a family-owned food company with a mission of upcycling brewers’ spent grain, has introduced Pita Chips to its line of sustainable products. Brewer’s Pita Chips, the company’s first new product in two years, will expand its mission of sustainability while giving the classic snack a nutritious and environmentally conscious spin, the company said.

Available in Rosemary and Sea Salt flavors, the Pita Chips are a source of whole grains, thoughtful ingredients and a quality snack at an affordable price, according to the company.

“Chips don’t need to be junk food and empty calories,” said Founder Kyle Fiasconaro. “I think Brewer’s has a unique opportunity and obligation to share upcycled grain with the world in hopes of helping people gain more nutritional and environmental value from their food dollar.”

Brewer's is part of a drive to reduce food waste in the craft brewing industry. Instead of ending up in a landfill or used as animal feed, spent grains add flavor and nutrition to Brewer’s entire line of products. Originally created to upcycle grains that otherwise may have gone to waste, Brewer’s is focused on bringing thoughtful, nutritious, and environmentally conscious food to the world, it said. Brewer’s estimates that to date it has saved more than 200,000 pounds of brewers’ spent grain from landfills.

“Malted grains are a not-so-secret ingredient that have been utilized in the baking industry for generations, so why not chips? It seems like an amazing way to educate and snack at the same time,” said Fiasconaro.

Brewer’s Pita Chips will be available at retailers nationwide for a suggested $3.99-$5.99 for a 7-ounce bag.

Did Kellogg's Just Get in the Beer Business?