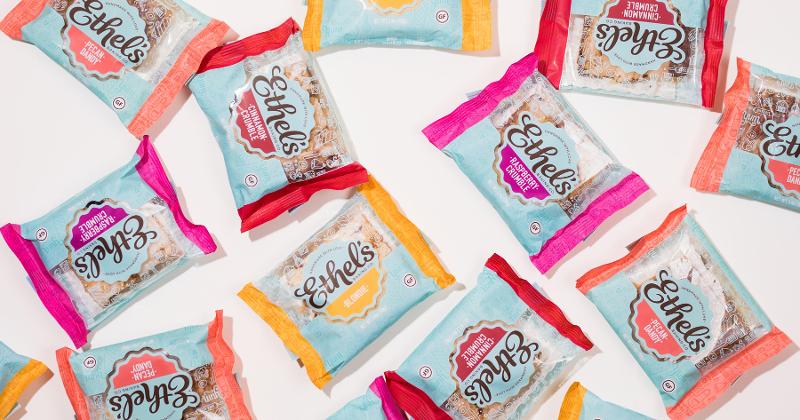 Gluten-free and handmade in small batches, Ethel’s dessert bars are made with local, sustainably sourced ingredients, including hormone-free butter and cage-free eggs, using old-fashioned mixers, according to the company.

Founded in 2011, Ethel’s Baking, Shelby Township, Mich., started out as a wholesaler, operating from a leased church kitchen to produce, sell and self-distribute to local grocery stores. Two years later, the company moved into its own facility.

The brand has expanded distribution across Lipari, Kehe, Tony’s and UNFI. With the new single-serve line, Ethel’s bars are expanding into coffee shops, convenience stores and other on-the-go locations.