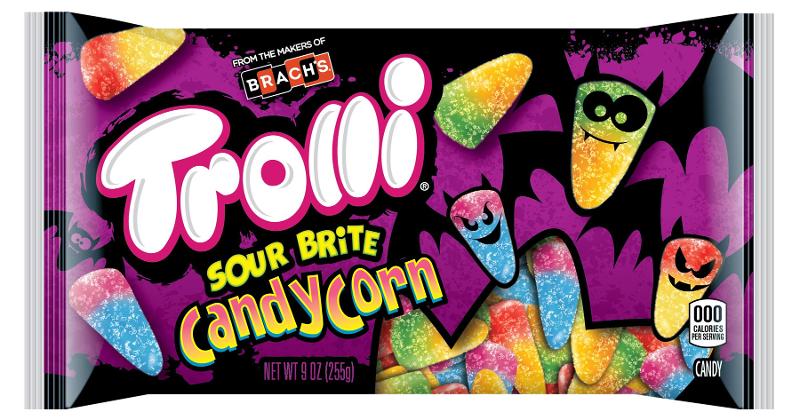 Ferrara’s Trolli Sour Brite Crunchy Crawlers won the award for Best in Show Most Innovative Product. The gummies—sales of which are growing four times faster than the nonchocolate candy category, according to Ferrara—feature a dual-textural spin on Trolli’s classic sour gummy worm: It has a thin, crunchy shell on the outside and a chewy, fruity center. Trolli Sour Brite Crunchy Crawlers will arrive in stores in December 2019 in three two-in-one flavor combinations: Watermelon With Strawberry, Orange With Raspberry and Cherry With Lemon.

Also, Trolli Sour Brite Candy Corn was awarded Most Innovative New Product for seasonal. This item, which is set to debut in stores on Halloween, has Trolli's signature dual colors and flavors combined with candy corn's classic shape and texture. The product comes in a variety of two-in-one flavors, such as Lemon With Cherry, Orange With Lime and Grape With Strawberry.

"Trolli is doubly thrilled and honored to be recognized for two awards by the NCA," said Greg Guidotti, general manager of nonchocolate for Ferrara. "We're excited about our new innovations inspired by the weirdly awesome world of Trolli, including Sour Brite Crunchy Crawlers, which will be available in early 2020, and Trolli Sour Brite Candy Corn, which will be available for the Halloween season. We're pleased to see excitement from the judges and candy industry for these products as we head into the No. 1 season for candy buying."

The awards were selected by a panel of more than 20 judges composed of retailers, wholesalers, trade media, trend spotters and food industry experts. The judges evaluated more than 350 products before the show, scoring each one on innovation, taste, packaging and ability to sell.

Chicago-based Ferrara Candy manufactures branded and private-label confections. Besides Trolli, its brands include Black Forest Organic Gummies, Red Hots, Lemonheads, Laffy Taffy and Jujyfruits, all of which are available in convenience stores nationwide. The company was founded more than 100 years ago in Chicago’s Little Italy neighborhood.