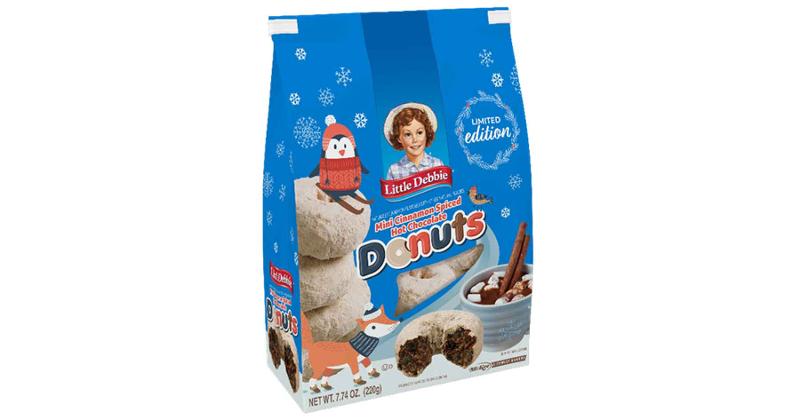 In keeping with the character of the Little Debbie brand, the Cinnamon Spiced Hot Chocolate Mini Donuts are packaged in bright blue resealable bags that feature seasonal creatures frolicking in a winter wonderland. The doughnuts are available in 7.74-ounce packages and have a suggested retail price of $2.19. They will be on store shelves from December through late February.

McKee Foods is a family bakery with annual sales of about $1.4 billion and a privately held company based in Collegedale, Tenn.