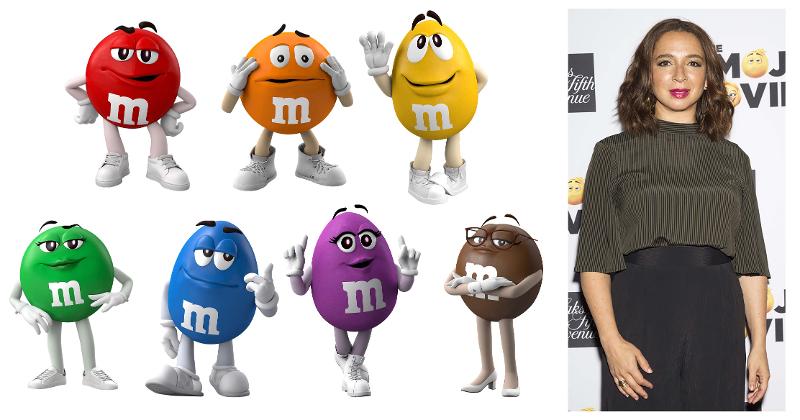 Mars said in a statement that M&M’s is taking an “indefinite pause” from using its “spokescandies” after controversy on changes in the chocolate candy mascots. In turn, the Newark, New Jersey-based brand is welcoming Maya Rudolph as the brand’s new spokesperson.

“America, let’s talk,” said the message from M&M’s on Twitter and Instagram. “In the last year, we’ve made some changes to our beloved spokescandies. We weren’t sure if anyone would even notice. And we definitely didn’t think it would break the internet.”

The company replaced the green character’s heeled boots with sneakers last year, and other characters got minor footwear changes as well. It also introduced the Purple character.

Green’s bio page states “I think we all win when we see more women in leading roles, so I’m happy to take on the part of supportive friend when they succeed.”

Some consumers took to social media to point out that brand was counteracting inclusivity, as women can lead no matter what shoes they are wearing.

The statement went on to say, “But now we get it—even a candy’s shoes can be polarizing. Which was the last thing M&M’s wanted since we’re all about bringing people together.”

The controversy continued when M&M’s revealed its Flipping the Status Quo packs this month, which feature the three female characters.

The brand plans to donate $1 from every pack sold, for a total of $500,000 to organizations that uplift, support and empower women. Through Jan. 15, consumers can nominate women in their lives who are “flipping the status quo” to receive $10,000 grants to “further fund their flip.” It will reveal 10 winners on International Women’s Day on March 8.

The new packs were pinned as “performative feminism,” according to a Tweet from Pragya Agarwal, professor of social inequities, author and speaker and consultant on inclusive workplaces, gender and racial inequities.

Peak performative feminism. Now haven't all the struggles been worth it. https://t.co/GfcWRgTx8y

M&M’s took action after all the uproar with its statement, adding that it was “taking an indefinite pause from the spokescandies” and adding Maya Rudolph to the team as the new spokesperson to “champion the power of fun to create a world where everyone feels they belong.”

A message from M&M'S. pic.twitter.com/EMucEBTd9o

Hershey Starts 2023 Off Cold and Sweet