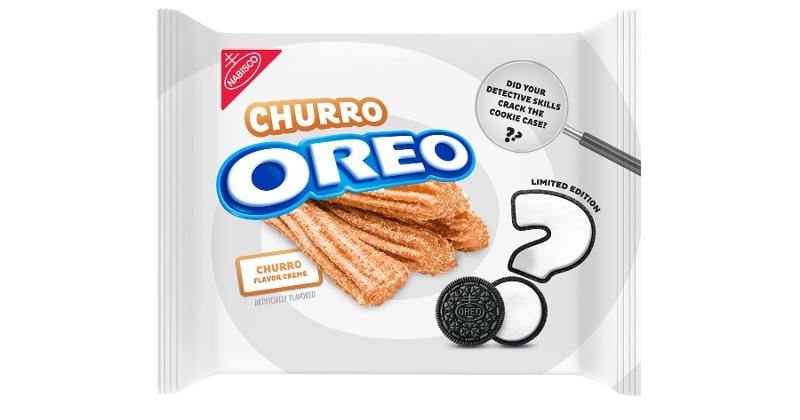 Churro Oreo, which features cookies with cinnamon-flavored creme, will be available in stores and online while supplies last for a suggested retail price of $4.49.

The limited-time offer is part of Mondelez International's Mystery Oreo sweepstakes, which began Sept. 15 and ended Nov. 10. One person who correctly guessed the flavor was awarded a cash prize valued at $50,000, according to the brand. Other flavor guesses included funnel cake, graham cracker and gingerbread.

The company also ran the promotion in 2017, eventually revealing a Fruity Pebbles-flavored Oreo.

Deerfield, Ill.-based Mondelez International is one of the world’s largest snack companies, with 2018 net revenues of about $26 billion. Its brands include Oreo, belVita, Sour Patch Kids and Trident gum.