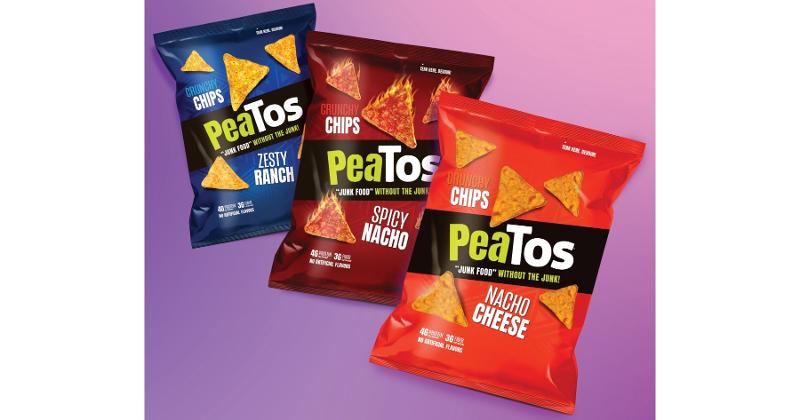 PeaTos first took on Frito-Lay Cheetos by reinventing the traditional corn-based classics with peas and clean ingredients, the company said, offering a new twist on old formulas. PeaTos contain 4 grams of protein and 3 grams of fiber per serving.

With the new tortilla style chip, PeaTos hopes to broaden its reach and appeal to snack fans across the United States by now taking on the Frito-Lay Doritos, the No. 1 tortilla chip brand in convenience stores and beyond.

“We’re all about the greatest tasting chips of all time,” said Nick Desai, CEO of PeaTos. “People love chips and want better options. We deliver on this promise every day, and our fans love the lack of compromise.”

With peas as a key ingredient, “Consumers can now have that junk food taste and the nutrition they seek for a balanced lifestyle,” the Los Angeles-based company said.

Cheetos vs. Peatos: Orange Snack Rivals Duke It Out