PURCHASE, N.Y. -- Months after a failed effort to get PepsiCo Inc. to split its snacks business from its beverage unit so it could then buy Mondelez, activist investor Nelson Peltz appears to be giving it another try, sources told The New York Post. Peltz's Trian Fund Management has reached out to some of PepsiCo's largest shareholders in the last several weeks to gauge how much support there is for such a move, the sources said. 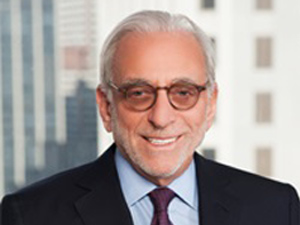 If he finds support, Peltz may even attempt to gain a PepsiCo board seat, sources familiar with effort told the newspaper.

The 71-year old investor 's repeated attempts to force the hand of PepsiCo CEO Indra Nooyi into the split and to acquire Mondelez, the former Kraft snack business and maker of Oreo cookies, are a way for him to make money off his Mondelez bet, a large PepsiCo shareholder, skeptical of Peltz's plans, told The Post.

Nooyi said during the company's July earnings call that PepsiCo could undertake some smaller, "tuck-in" acquisitions of $500 million or less but did not foresee any larger deals.

PepsiCo declined to comment specifically on Peltz's effort, but through a spokesperson, told the paper, "We have a strong growth strategy and structure in place, and our results to date and returns to our shareholders prove that we are a high performing company and our strategy is working. We are confident in our ability to deliver long-term shareholder value as an integrated food and beverage company."

PepsiCo Says It Is Not Looking at Mondelez