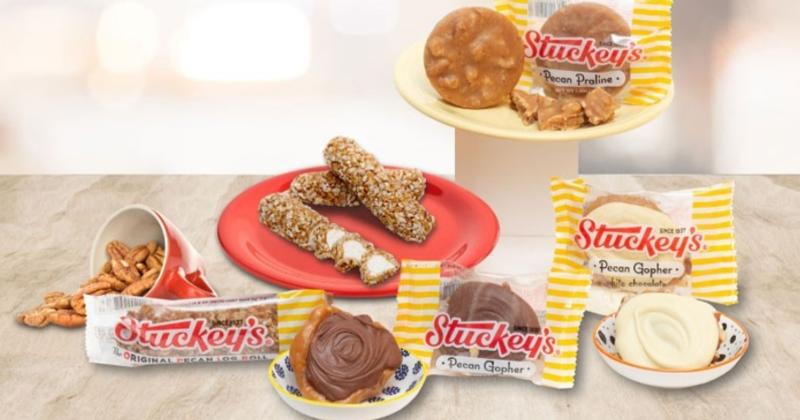 ATLANTA — Stuckey’s, a more than 80-year-old family business known for its iconic roadside locations and for its pecan log rolls, will create 60 new jobs and invest more than $5 million in expanding its Wrens, Ga., facility and headquarters in Jefferson County, the Georgia Department of Economic Development announced.

The company said it expects to begin construction in January 2023. It will retain the 90 positions it currently employs at the facility, and over the next two years, the company will be hiring as many as 60 new employees.

“Southern hospitality and tourism are at the core of what we do at Stuckey’s, where every traveler is a friend,” said Stephanie Stuckey, CEO and co-owner of Stuckey’s. “Our plans include reviving the original pecan shed where my grandfather started our company and bringing it to Wrens as a tourist attraction.”

Stuckey’s, Eastman, Ga., has almost 20 standalone brick-and-mortar pecan-stand locations and more than 50 Stuckey’s Express, or store-within-a-store, locations in convenience stores and gas stations, primarily in the Southeast and Texas. The company is wholesale distributor for these outlets and the exclusive provider of Stuckey’s-branded products, including t-shirts, mugs, hats and the pecan log roll.

W.S. “Sylvester” Stuckey Sr. founded Stuckey’s as a roadside pecan stand in Eastman, Ga., in 1937. It grew into an empire that numbered nearly 400 stores at its peak in the 1970s. Pet Milk Co. acquired Stuckey’s in 1964, and it closed hundreds of the stores. W.S. “Billy” Stuckey Jr., son of the founder and five-term U.S. Congressman, reacquired the stores in 1984 and developed the Stuckey’s Express store-within-a-store concept, adding more than 165 licensed stores—including convenience stores—in 17 states. Stephanie Stuckey took over in November 2019 after a career in law and public service.

In 2020, the company merged with Front Porch Pecan, a pecan snack company that sells to domestic and foreign markets and grocery stores in the Southeast, and Robert Gainer “R.G.” Lamar Jr., founder of Front Porch Pecans, became president and co-owner of Stuckey’s.

The company continued to grow in 2021 by acquiring Atwell Pecans, The Orchards Gourmet and Thames corporations to add candymaking, pecan processing and fundraising businesses to the company’s portfolio. Stuckey’s has added thousands of retail customers, ramped up online sales and expanded its licensed locations, it said. It now has 65 licensed locations and more than 200 retailers.

“Stephanie and I both have roots that run deep in Georgia’s red clay soil. We are committed to growing not just the Stuckey’s brand but also partnering with the wonderful folks in Wrens, Ga., to be a part of the community,” said Lamar.

“As the No. 1 state for business, Georgia is proud to be home to classic companies like Stuckey’s that continue to choose the Peach State to grow and thrive,” said Georgia Gov. Brian Kemp. “As we continue to prioritize bringing jobs and investment to every corner of our state, small businesses that are essential to the fabric of their communities will remain one of our top priorities.”