WASHINGTON -- While the percentage of obese children in the United States tripled between the early 1970s and the late 2000s, a new study suggests that--at least for middle school students--weight gain has nothing to do with the candy, soda, chips and other junk food they can purchase at school. 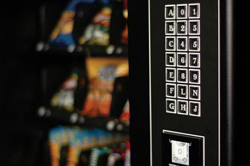 While the study does not target convenience stores, its conclusion is that policies that aim to reduce childhood obesity and prevent unhealthy weight gain need to concentrate more on the home and family environments as well as the broader environments outside of school.

"We were really surprised by that result and, in fact, we held back from publishing our study for roughly two years because we kept looking for a connection that just wasn't there," said Jennifer Van Hook, a professor of sociology and demography at Pennsylvania State University and lead author of the study, which appears in the January issue of Sociology of Education.

The study relies on data from the Early Childhood Longitudinal Study, Kindergarten Class of 1998-1999, which follows a nationally representative sample of students from the fall of kindergarten through the spring of eighth grade (the 1998-1999 through 2006-2007 schools years). Van Hook and her coauthor Claire E. Altman, a sociology and demography doctoral student at Pennsylvania State University, used a subsample of 19,450 children who attended school in the same county in both fifth and eighth grades (the 2003-2004 and the 2006-2007 school years).

"There has been a great deal of focus in the media on how schools make a lot of money from the sale of junk food to students, and on how schools have the ability to help reduce childhood obesity," Van Hook said. "In that light, we expected to find a definitive connection between the sale of junk food in middle schools and weight gain among children between fifth and eighth grades. But, our study suggests that--when it comes to weight issues--we need to be looking far beyond schools and, more specifically, junk food sales in schools, to make a difference."

She added, "Schools only represent a small portion of children's food environment. They can get food at home, they can get food in their neighborhoods and they can go across the street from the school to buy food."

Also, she said, "Kids are actually very busy at school. When they're not in class, they have to get from one class to another and they have certain fixed times when they can eat. So, there really isn't a lot of opportunity for children to eat while they're in school, or at least eat endlessly, compared to when they're at home. As a result, whether or not junk food is available to them at school may not have much bearing on how much junk food they eat."

"There has been a lot of research showing that many children develop eating habits and tastes for certain types of foods when they are of preschool age, and that those habits and tastes may stay with them for their whole lives," Van Hook said. "So, their middle school environments might not matter a lot."