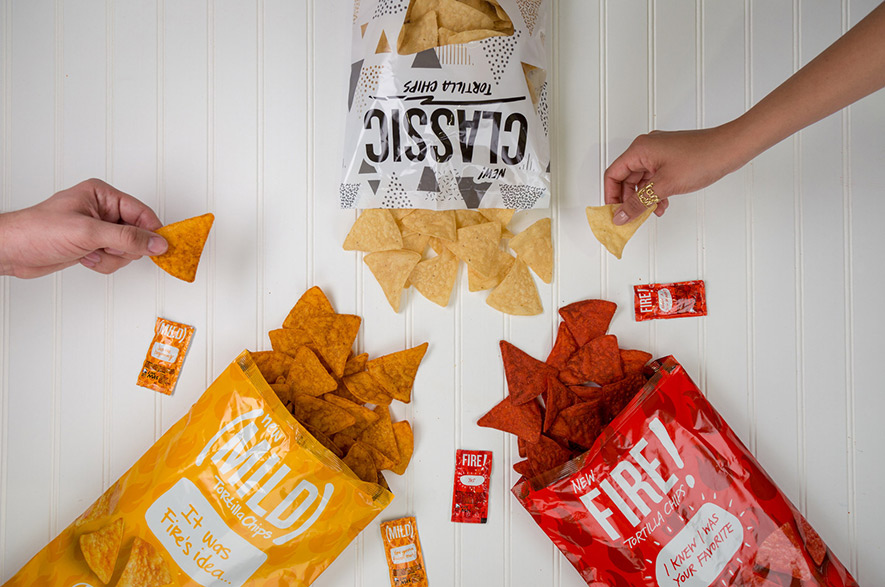 IRVINE, Calif. -- Taco Bell is bringing a branded line of tortilla chips to convenience stores and grocery stores nationwide in May.

The chips will arrive in three flavors, two of them based on the chain’s Mild and Fire sauces; the third will be a Classic option based on the familiar Taco Bell product taste, the company said. The chip bags will echo the chain’s sauce-packet designs and include “saucy wisdoms,” the whimsical phrases seen on Taco Bell’s sauce packets.

The Classic tortilla flavor are salted, while the Mild chips are seasoned with chili peppers and cumin, like the brand’s Mild sauce. The Fire tortilla chips, the hottest option, imitate Taco Bell’s Fire Sauce with specks of jalapeno, paprika and chili peppers.

"This launch of our first line of sauce-packet-inspired chips gives our fans a new way to access a taste of Taco Bell," said Marisa Thalberg, chief brand officer for Taco Bell. "Our sauce packets are one of the brand's most unique aspects and were the natural choice for both the flavors and packaging of our tortilla chips."

This is actually Taco Bell's second foray into the chip aisle. In March 2012, in a deal with Plano, Texas-based Frito-Lay, Taco Bell introduced Doritos Locos Tacos to its menu featuring a shell made out of Nacho Cheese Doritos snack chips. In 2013, the companies launched Doritos Locos Tacos Tortilla Chips in stores.