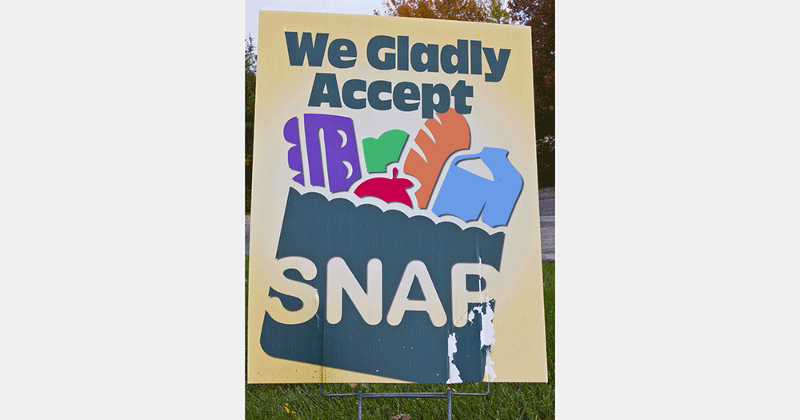 AUSTIN, Texas — State officials in Texas have filed a bill that, if passed, would prohibit people from using the Supplemental Nutrition Assistance Program (SNAP), also known as food stamps, to pay for certain packaged foods and beverages.

According to the bill—which would go into effect Sept. 1 if approved—SNAP members cannot purchase energy drinks, sweetened or carbonated beverages, candy, potato or corn chips, or cookies through their program benefits. Briscoe Cain, a member of the Texas House of Representatives, filed the bill in the House Committee for Human Services in March.

SNAP provides nutrition benefits to supplement the food budget of families in need of healthy foods. To receive SNAP benefits, consumers must meet various requirements, such as resource and income limits. SNAP offers nutrition assistance to about 45 million Americans each year, according to the program’s website.

This isn’t the first time that state officials have tried to outlaw certain foods and beverages under SNAP. In 2012, former Florida Sen. Ronda Storms filed a bill to restrict the purchase of soda and junk food under SNAP. It did not pass.

In January 2018, the Trump administration denied a request from Maine legislatures that would have restricted soda and candy purchases through the program. This was Maine’s second attempt in two years to ban food-stamp recipients from using the program for candy or sugar-sweetened beverages. The first attempt, in November 2015, was blocked by the Obama administration. Such foods have no nutritional value and contribute to high rates of obesity, the state argued at the time.

In April 2019, Food and Nutrition Service, an agency of the U.S. Department of Agriculture, proposed to modify the definition of the term “variety”to increase the number of food items that are acceptable for purposes of SNAP retailer eligibility. This applied to convenience stores, among other retailers.

These Grocers Will Be the First to Accept Online SNAP Orders