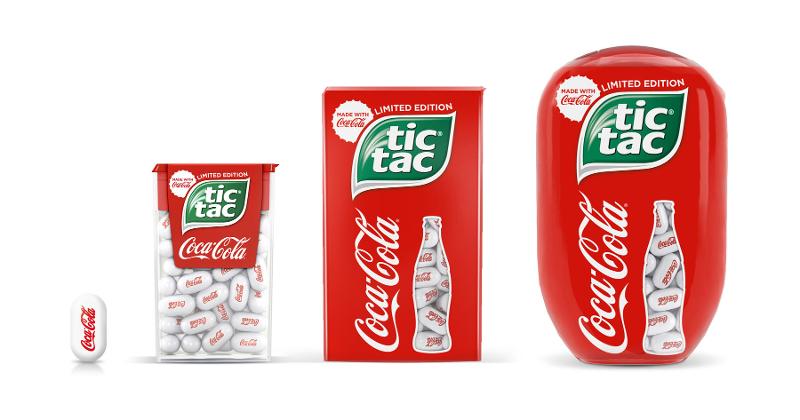 Photograph courtesy of The Ferrero Group

LUXEMBOURG — The Ferrero Group is releasing its classic mints with a twist.

Tic Tac Coca-Cola, featuring the flavors of the iconic mint and carbonated soft drink, will be available starting early next year in the United States.

The limited-edition mints will be released in more than 70 countries, according to Tic Tac’s parent company, Ferrero Group.

The mints, which will be white with the red Coca-Cola logo, will come in three different promotional packs in terms of size and weight. Details on the exact release date, sizing and prices were not immediately available.

Tic Tacs already come in a variety of flavors, including orange, spearmint and wintergreen. The brand recently introduced Tic Tac X-Freeze, a sugar-free mint that’s larger than a typical Tic Tac and has cooling crystals inside.

Luxembourg-based Ferrero Group is known for its brands such as Tic Tac, Kinder and Ferrero Rocher. It bought Oakbrook Terrace, Ill.-based Ferrara Candy Co. in 2017.