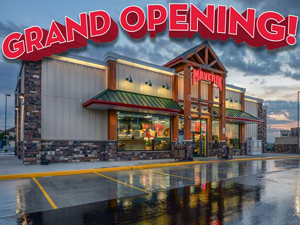 The listing of locations not previously reported in CSP Daily News has been arranged by state. Please click through for more details on each store.

Westlake, Ohio-based TravelCenters of America LLC re-opened a location at I-95, Exit 29, in Brunswick, Ga., as a TA-branded full-service truckstop/travel center.

Elmo Quinn, who owned Quinn's Shell in Bloomington, Ill., since the late 1970s, retired and closed the station originally opened by his father and uncle in 1941.

A Big 10 Mart Phillips 66 station in Bettendorf, Iowa, closed in preparation for a new I-74 bridge project and street realignment.

The Maryland House, a rest stop along I-95 near Baltimore, re-opened with a new Sunoco station after a $30 million makeover by the state and private-industry partners.

A new Star Mart c-store and gas station opened at the Shooting Star Casino, Hotel & Event Center in in Mahnomen, Minn., operated by the White Earth Band of Ojibwe.

SuperAmerica, based in Woodbury, Minn., opened a new location in Duluth, Minn.

After more than 60 years of service, a Savings gas station in Tupelo, Miss., closed. Savings Oil/Dodge's Stores is based in Tupelo.

Sheetz Inc. opened new locations in Elkin and Goldsboro N.C., bringing the total number of the Altoona, Pa.-based chain's stores in the state to 60,

Handy Mart held a grand opening for its newest c-store and gas station in Jacksonville, N.C.

Big Cup Inc. opened a Friendly's c-store and casino at the Baltic exit on I-29 in South Dakota.

After being closed for six months of reconstruction, a Clark station in Beloit, Wis., re-opened for business.