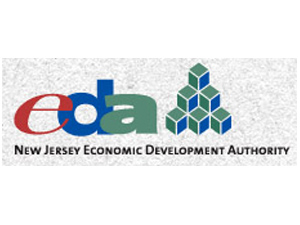 The $7 million grant program will allow targeted gas stations on and near evacuation routes faster and more reliable access to backup power during an energy emergency.

To date, 33 gas stations have completed all required environmental and design reviews, and the program has approved them to move forward with their plans to install backup power solutions using RFS grants.

Gas stations operated by Whitehouse Station, N.J.-based QuickChek Corp. represented more than half (18) of the approvals.

Of the 33 approvals, 28 will install permanent generators, while five will rely on "quick connect" devices, which provide connection points for mobile generators. Grants for the approved stations total $1.8 million.

"This first round of approvals under the RFS Program represents a major milestone as we work to make New Jersey more resilient in the face of future disasters," said EDA CEO Michele Brown. "These initial approvals, once installed, will help to avert the type of gasoline shortages and logistical and transportation challenges New Jerseyans faced following Sandy."

The RFS Program, which is voluntary, is funded through the federal Hazard Mitigation Grant Program. Eligible stations, which were identified by state homeland security and emergency management personnel, will use the funds to purchase generators or quick connects. The program targeted stations based on factors including proximity to evacuation routes and gasoline storage capacity.

The 33 stations approved so far are in addition to the 22 gas stations located on the Garden State Parkway, the New Jersey Turnpike and the Atlantic City Expressway already equipped with backup power for outages.

Brown noted that under the RFS Program, a significantly broader reach of gas stations within a quarter of a mile of key evacuation routes across the state will benefit from quicker access to backup energy.

The grant requires eligible gas stations to serve both diesel and gasoline, except in very limited instances where a station does not sell diesel but is the only available retail fuel outlet within a quarter mile of an identified evacuation route. In addition, a limited number of gas stations with less than a 30,000 gallon capacity were eligible for $15,000 in grant funding as they were also the only stations available on an identified evacuation route.