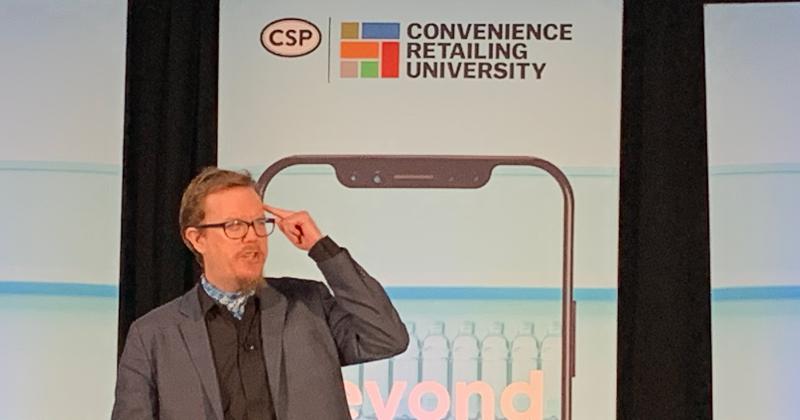 NEW ORLEANS — Nobody knows what the future holds, said Jesse Hirsh, owner of Metaviews Media Management Ltd. But there are technologies that can help convenience stores thrive in the future.

Hirsh spoke to c-store retailers Feb. 19 at Winsight Media’s Convenience Retailing University in New Orleans about the myths surrounding artificial intelligence (AI) and about which technology he thinks will be most useful for c-store operators.

The first myth about AI is that of singularity—or the idea that in the future, AI will come alive and see humans as an existential threat.

"AI is not a threat to humanity,” Hirsh said. “AI is not going to come alive. It is just a tool.”

The second is that AI is free of emotion and not able to make mistakes. AI is only as good as the data fed into it—and that data is collected by humans, and therefore reflects humans’ bias, he said.

Myth three is that AI will result in mass unemployment. While machines and algorithms can execute advanced tasks, businesses will always need humans, he said.

The best example to illustrate this myth of unemployment is the truck driver, Hirsh said. Truck drivers used to be mechanics so that if their truck broke down, they could fix it and continue on their haul. Today, technology has advanced so trucks don’t break down as often, and the drivers don’t need to be mechanics.

Even if a truck is self-driving, a human will still be needed in the cab to supervise the algorithm that controls the truck, Hirsh said, so technology allows us to do more with less.

So how can c-stores use AI in their stores? Some companies, such as 7-Eleven and Amazon with its Amazon Go stores, are already using it. Hirsh is skeptical, however, about whether these cashierless models will work long-term for c-stores.

The customers must pre-identify themselves to download the application that allows them to enter an Amazon Go store, Hirsh said, and not all c-store consumers want to identify themselves. Also, some people want that personal touch or the feeling of a community hub a c-store can provide. To do that, there needs to be humans at the counter.

Automation will play a role in the future of c-stores, Hirsh said, but there still needs to be a human in stores to make sure they are operating as they should.

The Why Behind the Why: 4 Ways to Think Differently