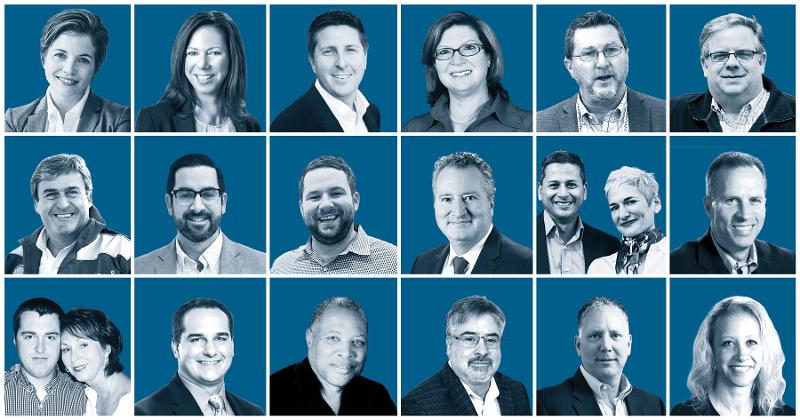 CHICAGO -- If you’re searching for the latest trends in retail, take a peek at where CSP’s 2019 Power 20 operators are headed.

Scott Zaremba, president of Zarco USA in Lawrence, Kan., owns and operates two convenience stores and a proprietary quick-service sandwich restaurant called Sandbar Subs. But he’s not staying put. “I’ve got the contract for concessions for the city of Lawrence, and I’m turning the concession stands into mini convenience stores. And rather than have an employee or two manning a concession stand at the sports pavilion, we’ve developed an unattended experience where customers can ring themselves out,” Zaremba said.

Meanwhile, Ray Huff, president of Lakewood, Colo.-based HJB Convenience, recently opened his second completely automated store in an office building, where workers can enter by inputting their work phone number and then check out using a self-serve point-of-sale system. No human employees required.

But these small automated shops are only the first step for Huff. “If you’re talking five years from now, I think every one of my stores is going to be almost fully automated,” he said. “People have phones. Heck, they’ll go without their wallets before they go without their phones.”

These smaller-format, no-staff retail concepts from Zaremba and Huff are prime examples of a new reality for convenience stores: The old corner store model will not cut it anymore.

Zaremba and Huff aren’t the only convenience retailers rethinking their stores. Mike Fogarty, founder and CEO of Choice Market in Denver, runs a store with features such as online and app ordering, delivery, traditional checkout and self-checkout.

But that store was only the first step for Fogarty, who plans to open another tech-focused Choice Market in the second half of 2019. The new store will include electric vehicle charging, a bike-share terminal, electric scooter charging stations, a solar canopy and more.

These retailers didn’t wait for the signal to innovate from Amazon, either. The first Amazon Go store opened to the public in January 2018. Huff has been running his first automated office store for about five years and Fogarty opened the first Choice Market in late 2017. What unifies these retailers, and the rest of the Power 20, is their willingness to take risks. Each of them adopted new technology or business practices, not only to cut costs but also to make shopping easier and more inviting.

As Fogarty tells it, shaping the future is his duty as the leader of his company. “As founder and CEO,” he said, “my role is to help define what that future will look like, foster relationships and resources and, most importantly, hire great people who will lead the future of Choice.”

Welcome to the C-Store of the Future