LAKEWAY, Texas — James Barton Fisher, founder and CEO of Houston-based IMST Corp., a retail location analysis firm for the convenience-store and petroleum industries, died on Sept. 11 in Lakeway, Texas. Fisher had suffered from heart and kidney ailments for many years, his wife, Marketa Fisher, said in a social media post. 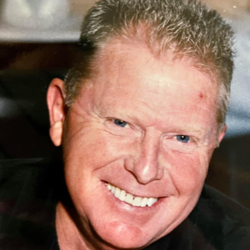 Born in Kansas City on May 15, 1946, Fisher attended school in Kansas City and later graduated with a bachelor of science degree in marketing from Drake University. He achieved the top Boy Scout rank of Eagle Scout. As a member of the U.S. Air Force, he was a flight operations officer with the Tactical Air Command.

After his military service, he was employed by the Monsanto Group as a sales representative. He also spent five years with the Maytag Co. as regional manager for New England. He was founder and CEO of Diversified Market Design in St. Louis for 26 years. In 1990, he founded and became CEO of IMST Corp in Houston along with his wife, Marketa, as co-owner. They worked together for 26 years. He spent 45 years in the c-store and petroleum industry and was a recognized industry leader who gave workshops, presentations and wrote monthly columns for retail publications including CSP.

He and Marketa were married for 31 years, and he passed away on Marketa’s 70th birthday.

A celebration of life service will be held Sept. 18 at Weed Corley Event Center in Lakeway.

How Retailers Choose Where to Build

Opinion: What We've Learned Over 25 Years