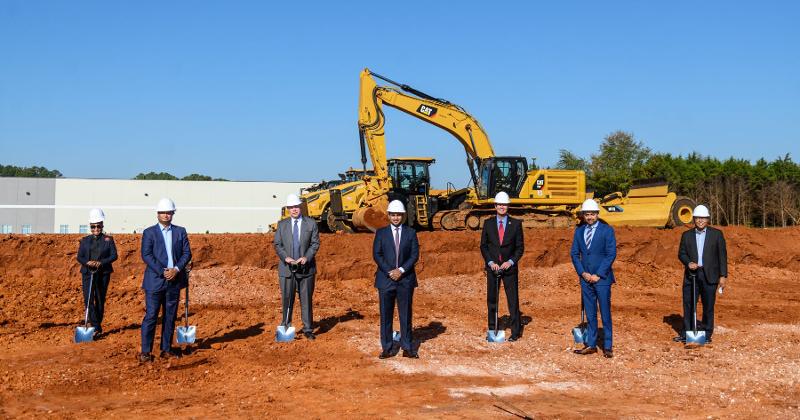 HUNTSVILLE, Ala. —Convenience-store distributor C-Store Master has broken ground on a new 120,000-square-foot automated warehouse with robotic technology that the company says will accelerate its scan-based trading (SBT) offering. Scheduled to open in first-quarter 2021, the $12 million warehouse, developed in partnership with Geek+, incorporates three technologies and more than 70 robots.

The primary technologies include the Goods-to-Person Picking System (P-series robot) and the Bin-to-Person System (RoboShuttles, C200S and C200M), according to C-Store Master.

Specializing in the tobacco and beverage categories, Huntsville, Ala.-based C-Store Master services more than 2,000 independent c-stores and more than 4,000 chain stores throughout the Southeast, including more than 3,000 Circle K locations that the company recently added, it said.

C-Store Master operates using scan-based trading, COO Sharan Kalva told CSP Daily News. It focuses on alternative channel supplies and seasonal merchandise for rural, often single-store customers, as well as larger chains. For seasonal products—for example, for the Super Bowl—a client “doesn’t really want to carry the extra Super Bowl-specific inventory, so we put in the inventory, manage the inventory and upcharge them and then whatever is not sold we take it back,” he said. “They cannot control it on the store level, not well, because it's such a complex structure, but we can, and that's our experience with the software side of things. That's the SBT model.”

“It's a consignment business,” he said. C-Store Master puts products in a store, but it owns the inventory. The retailer “is responsible for the shrinkage, but they don't own that inventory until the moment they sell it. Once they sell it, they pay us. That’s the SBT process,” he said. “Since there's zero risk on owning the inventory for them, there's an upcharge from our side, where they pay more for the product that we put there, and we get to control the inventory.”

As often as necessary, C-Store Master ships the retailer a display that contains the products, to go either on the counter or in the back bar. Either store employees replenish it, or C-Store Master will do it. For beverages, C-Store Master stocks the coolers.

Kalva has tracked the pandemic's effect on the distribution of products to thousands of c-stores throughout the Southeast. “We’re seeing some very interesting trends with our ‘sin’ category,” he said. “Our customers year over year have bought 21% more tobacco during this period than previously.”

Beverages are up 6% from last year, he said. “Beverages tend to be very stable, so a 6% change is very huge from our perspective.”

General merchandise sales have been down 7% because of declining traffic related to the pandemic, he said.

C-Store Master serves retailers in Alabama, Florida, Georgia, Tennessee and Mississippi, Kalva said, “so a lot of the highway stores which are on the way to the beach have been killing it. Some of them are up 80%. Everyone is just traveling more domestically, and instead of flying, they’re driving, and so there’s a lot of push there, and it's been a phenomenal sales increase for some of the stores.” The volume of traffic from one state to another has increased, he said.

But in general, “we just started seeing a dip in sales,” he said. “In Alabama, we’re starting to see stores not ordering as much. The volumes are starting to decrease. Again, one of our assumption is that we’ve gotten to a point where people are being a little bit more conservative with their money and just trying to weather [the pandemic] out long term, so we expect our volume, and in turn, the store volume, to be down about 15% from now to end of the first quarter next year.”

Robots Should Have Purpose