GAITHERSBURG, Md. -- The marketing landscape in the c-store industry is changing so fast that it can be hard for retailers to adapt. And as customers engage within the mobile environment, the way they shop is changing too. 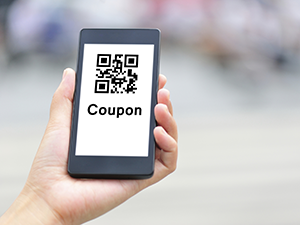 An average consumer makes at least one stop at the pump each week and spends one-third of his or her waking hours engaged with their mobile phone, according to Digitaltrends.com. Based on these stats, it’s clear why it’s so important for convenience retailers to tap into the mobile channel.

Digital coupons are making it possible to share product offerings with customers precisely when and where it matters most, and because the mobile environment is ever-present, it’s there at the moment of inspiration—when customers are out at the pump and can be brought into the convenience store.

Digital coupons have existed in one form or another for the last couple of decades, but according to SIM Partners, the category has really taken off and is now driving increased in-store conversions. In a recent article they reported, “Not only do 92% of U.S. consumers use coupons, but consumers also redeemed 66 million digital coupons in 2013—up 141% from the previous year.”

According to a GasBuddy survey conducted in April 2015, 81% of its members would be influenced to try a product if a digital coupon was offered within their app. Furthermore, 76% of members polled said the offering of digital coupons would affect their decision on where they filled up on gas (if the price of gas was the same), thus increasing revenue and loyalty for the participating convenience stores.

What’s more, mobile coupons can be targeted to a specific audience, often delivering redemption rates that are 10 times higher than that of paper programs. To this end, research conducted by Nielsen has found that coupon use spans all economic strata at comparatively equivalent levels, meaning that the power of the coupon overcomes financial inequality, drawing buyers from all walks of life. And who could argue: We all like a good bargain.

Digital couponing programs, such as the GasBuddy Coupon Portal, are paving the way for the industry and creating an opportunity for convenience stores to communicate directly with the consumer; and for consumers, they provide a hassle-free way to save.

For more information on how to tap into GasBuddy’s digital coupons to capture the mobile consumer and maximize product sales, contact couponportal@gasbuddy.com.