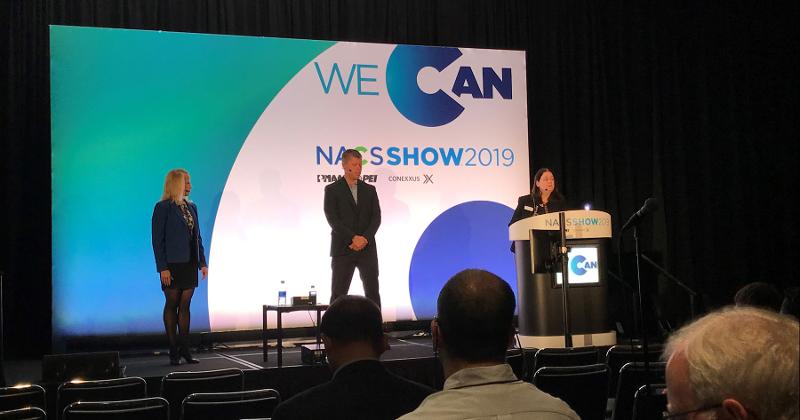 ATLANTA — With 364 days left to upgrade credit-card terminals at fuel pumps before fraud liability shifts to convenience-store retailers, three experts on the subject of EMV encouraged retailers to get started now during a NACS Show educational session Oct. 2.

In one year, Oct. 1, 2020, liability for lost, stolen or counterfeit cards used at fuel pumps “shifts to the party in the payment chain with the least secure payment technology,” said Linda Toth, director of standards for Conexxus, during the session EMV: Can You Afford Not to Upgrade?

The answer to that question was a firm "no" from the panel of experts. “Get it done now or, at the very least, get started with your planning now,” said Jim Linton, vice president of Folk Oil Co., Homer, Mich.

Linton, who completed EMV conversion at his 35 PS Food Mart stores in Michigan earlier this year, said the process can take four to six months from planning to completion.

However, a shortage of certified technicians and an expected glut of retailers performing conversions will likely extend that timeline, Toth said.

A Conexxus survey of retailers this spring showed 70% of retailers had yet to deploy EMV security in any of their c-stores; however, 80% said they plan to update their pumps to EMV standards eventually. Seventeen percent said they were undecided about whether they would update at all.

“The main reason retailers gave for not updating to EMV was a lack of certified software,” Toth said. Many also cited a shortage of technicians to do the work.

Meanwhile, only 42% of those surveyed said they would be EMV-ready—whether that meant installing entirely new pumps or retrofitting older units—by the Oct. 1 deadline, and 25% said they had no idea when they would be converted.

The cost of ignoring the deadline could be expensive, said Kara Gunderson, point-of-sale manager for CITGO Petroleum Corp., Houston. Currently, retailers foot the bill, via chargebacks, for about 10% of the lost, stolen or counterfeit card use at their pumps. After Oct. 1, 2020, those not in compliance with EMV standards will be on the hook for 100%, she said.

While the credit-card companies have pushed back the deadline more than once, Toth said she sees no indication that they will do so again.

“Don’t wait,” all three speakers said at some point in the session to underscore the urgency of the issue. “Upgrade before Oct. 1, 2020.”