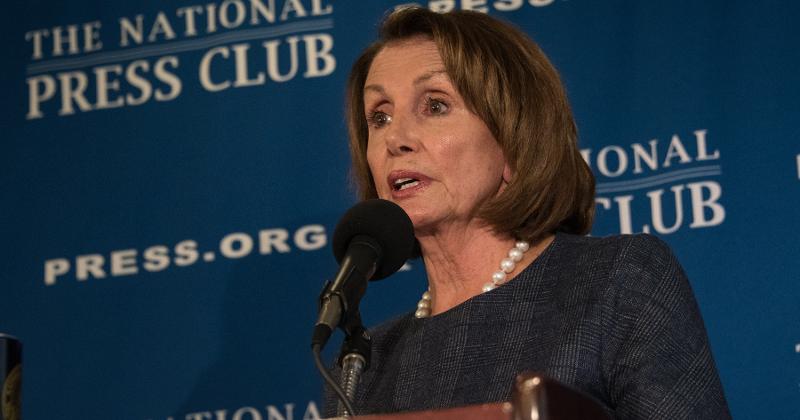 WASHINGTON — The House narrowly passed a $2.2 trillion COVID-19 relief bill on Oct. 1 that has the potential to deliver aid to Americans whose income has been affect by the pandemic, according to a report from the Associated Press.

However, after saying he would cut off talks on another government aid package prior to the election, President Donald Trump tweeted on Oct. 6 he would sign a "Stand Alone Bill for Stimulus Checks ($1,200)."

On Sunday, White House chief of staff, Mark Meadows, and Treasury Secretary Steven Mnuchin urged lawmakers to “come together and immediately vote on a bill,” The New York Times reported. Pelosi said the talks were at an “impasse” while Trump told Fox News “Republicans want to do it,” the report said.

The third quarter of the year ended with a 7.9% unemployment rate, according to the U.S. Department of Labor. Economists warned that without further aid, families across the country will struggle to pay bills, make rent, afford food and avoid eviction, the AP reported.

But despite some Americans being desperate for jobs, convenience-stores are having a difficult time finding labor. Some think unemployment benefits, like the ones the House passed, are to blame.

“In many states, people could collect significantly more on unemployment than they could by working,” David Nelson, senior partner for convenience-store and foodservice consultancy Business Accelerator Team, Scottsdale, Ariz., previously told CSP when the since-expired Federal Pandemic Unemployment Compensation Program (FPUC). “Think about this: If I could not expose myself to the risk of COVID-19, have all my free time to do whatever I want and earn more than if I was working full time, what choice am I going to make?”

Others say it’s not that simple.

“I don’t think there is a direct correlation between people deciding to not go to work because of the benefits,” AnnElizabeth Konkel, an economist with the Indeed.com Hiring Lab in Washington D.C., previously told CSP.

Safety concerns, the need for flexibility while children are e-learning and the hope that former jobs will re-hire employees laid off due to the pandemic is what’s really keeping people away from retail jobs, she said.

More than 837,000 Americans were seeking unemployment benefits for the week ending on Sept. 26, according to the latest available report from the U.S. Department of Labor.

It’s not clear yet when or if the proposed benefits will materialize.

The Democratic bill, a scaled-back “Heroes Act,” passed with a 214-207 vote on Oct. 1 with no Republicans in support. Benefits would include more generous weekly unemployment payments, extended help for small businesses and another round of $1,200 direct payments to most Americans, the AP said.

The plan came after negotiations between Mnuchinand Pelosi. Meadows previously said Trump won’t approve legislation that approaches a $2 trillion threshold, the AP reported, and Pelosi has so far shut down the Trump administration’s concessions, including an overall price tag of $1.6 trillion.

What Are the Rules After Coronavirus?