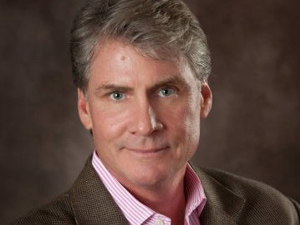 Those days are clearly past, and while the industry has many challenges ahead, its efforts at automating everything from the store level on up to corporate have been significant and purposeful.

Part of that progress was due to the National Association of Convenience Stores (NACS) and its technology push that began in the mid-1990s. Those organizational efforts eventually lead to a standards body and an annual meeting that brought technology to a higher priority for retailers and set the channel up for a leadership position going forward.

Now they have lead the association to a new threshold, where the entity that embodied that first push decided to adopt a broader mission.

At its annual conference in Tucson, Ariz., last month, the Petroleum Convenience Alliance for Technology Standards (PCATS) announced a rebranding, changing its name and logo to a new identity: Conexxus.

CSP Daily News caught up with Gray Taylor, who continues as the group's executive director, and asked him about what was behind the name change and where the reborn entity hopes to go in the future.

Q: First of all, how did the name come about?

A: Initially, we weren't out to change the name. It evolved to that point, in part because our website was outdated and we needed to move on that. This goes back several months, but we decided to bring in [a third party] to help us work on our brand going forward. So if you go back to our original name, it was a description of what we did, but the acronym needed updating. Ultimately, we went in a different direction. We considered going to an emotional branding, which is risky and takes a lot of money. With a new brand, you've got to do a lot of stuff around it. Then the topic came to updating our vision, our mission.

Q: So Conexxus came from a talk about a new mission?

A: Yes, several names came out of that discussion, and Conexxus is the one that fit. It "connects us." We connect systems. It connects us as a community. A nexus is the apex of knowledge. Then our tag line: Solve forward. That speaks to providing solutions, thinking forward, not backward. Looking at the horizon. This is how we should do things when it comes to our market.

Q: So it sounds like a more proactive stance. How will your goals change?

A: Technology has always had an impact on policy. Ten years ago there was some debate as to whether or not c-stores should take food stamps. They said people would use their food stamps to buy beer. Well, if we work on pricebook, we can say, "no, you won't be able to buy beer because if you do, the point-of-sale tenders a restriction." Technology kept us in the food stamp business.

Q: So you're saying that beyond developing standards, Conexxus will have a policy and advocacy element?

A: The two are connected. You can't go into advocacy without data. That's the importance of technology. That's where PCATS was successful. In the mid-1990s it was, "Hey, you should scan." Now were all scanning. That's critical. In Washington, nobody wants to hear from a trade association. But when Tom Robinson, a retailer with less than 100 stores, brought in his financial reports and says this is what [compliance to credit-card standards] cost me, you can't [buy] that. Real-life stories like that are important.

Q: And what about the standards-making work? What will become of that?

A: Our retailers are through the freshman and sophomore year of technology. Now they're in their junior and senior years, taking course electives, moving into big data, integrating social media. … The scope of systems needing to connect are expanding, so our mission [and standards development efforts] has to expand.

Q: You speak about your new mission being one of connecting. I get what you're saying about connecting systems through common standards. I get that you're connecting c-store retailers with each other. I have the sense you mean something even more. Can you elaborate?

A: With regards to connectivity, we have to reach out. We want the people in Silicon Valley to know who we are, we want to be the first channel to realize value from what people are developing. So we're identifying those innovative companies and building relationships.

Q: What are the next steps?

A: That's a big task. We have to involve more people. With PCATS, people perceived we were heavy into standards. The marketing guy is not going to get in the weeds with all that. Our job is to say you need to know what's available with technology. And hopefully, they'll have an epiphany that none of those things can happen unless you have technology standards.

For more on how technology is having an impact on the c-store industry, look to the May cover story of CSP magazine, which evaluates the potential threats and opportunities around mobile and online shopping.