Imagine watching a favorite sporting event live on TV with a favorite beverage in one hand and a bag of chips in the other. The setting is enjoyably relaxed, and other people around seem to be enjoying it too. 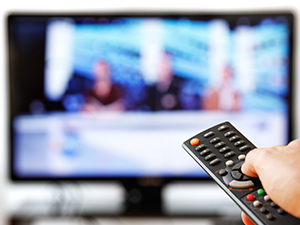 It seems unremarkable, yet when location is considered, it’s clear why this is unique. This isn’t at a sports bar or a friend’s house—no, this is all happening at a local convenience store. For c-store retailers, the return on investment from installing in-store televisions is huge. Here’s how to maximize this opportunity.

According to a 2017 survey conducted by Technomic for DIRECTV, 76% of customers say that when they visit a c-store, they are likely or very likely to drink a beverage purchased in the c-store before they leave, and 68% say they would be likely or very likely to eat a snack purchased in the store. That’s already a significant portion of convenience customers who are likely to make food and beverage purchases, but add television to the equation and things improve even more.

More time spent in the store can mean more purchases—measuring the return on investment for tech purchases like televisions can often be tricky, but it’s hard to ignore the value of enticing customers to linger longer.

With a little creative positioning, retailers can maximize the draw of popular television programming in combination with in-store promotions for even more leverage with customers. Co-advertise coffee and morning news to the early commuter crowd, for example, encouraging them to slow down during their busy morning rush. Or, offer a chocolate bar and magazine deal while playing afternoon soap operas to make the most out of a mid-day lull. Promote snacks for the big game, and maybe those running to restock during half time will end up staying for the whole second half.