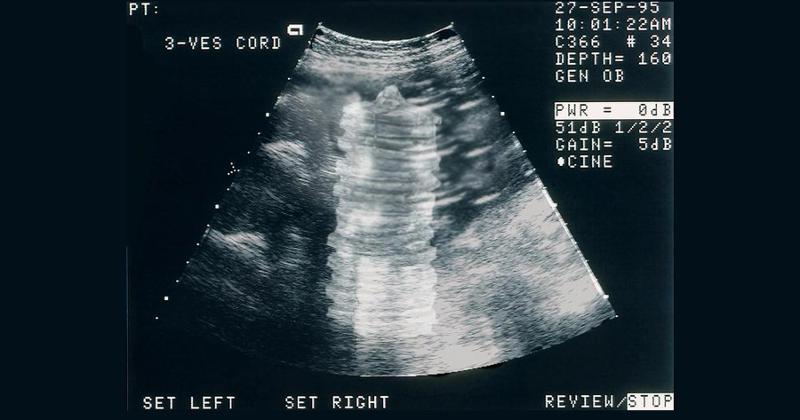 CHICAGO — Any social-media campaign can go from fun to frantic in no time. This year’s Mother’s Day post from IHOP on Twitter and Instagram is a prime example.

The Glendale, Calif.-based chain shared a sonogram image of a stack of pancakes inside a womb. The message read, “If you have pancakes in your tum tum, does that make you a pancake mum mum? Happy Mother’s Day to ALL the moms out there!”

Responses from Twitter users ranged from “This joke is so bad it’s offensive” and “I would like to personally fire whoever sent this tweet out” to “Um, the uterus is not the tum tum.”

This was a simple issue of not putting the tweet in front of the right people before it was released, said Todd Grossman, CEO of the Americas arm of Talkwalker, a social-media tracking company based in Luxembourg.

“Humor is in the eye of the beholder,” Grossman said. “You should think twice before posting and have someone else read it between the lines.”

Grossman also suggests avoiding controversial or sensitive topics—such as birth and pregnancy—altogether; however, deleting and apologizing for an ill-received social media post is not the only response. Despite the blowback, the tweet is still live on IHOP’s feed. Instead of addressing the joke’s reception or apologizing, IHOP chose strategic silence. “It’s up to each brand to determine what approach would work best for your situation,” Grossman said.

Sometimes brands might want to wade into politics or controversial topics to get digital engagement. Grossman says that strategy has the potential to work, but only under specific circumstances and after a good deal of planning.

“If you can get as much information as possible to predict what may happen based upon history from other types of campaigns or understanding your customer base, then you are limiting exposure and risk to your particular campaign,” Grossman said.

“You should think twice before posting and have someone else read it between the lines.”

IHOP might have benefited from more careful planning before sharing its Mother’s Day tweet, but sometimes even the most carefully planned campaigns can be affected by circumstances completely beyond the brand’s control.

Laval, Quebec-based Alimentation Couche-Tard launched the #MakeYourMix campaign in its Circle K convenience stores this summer, which encouraged the chain's fans to share their mix of Circle K beverages on Facebook or Instagram for a chance to win a variety of undisclosed prizes.

Meanwhile, at the same time, but separately from the #MakeYourMix campaign, the Tempe Police Department in Tempe, Ariz., announced its officers were handing out coupons for a free drink at Circle K as part of the department’s 2019 Positive Ticketing Campaign. Local news station KPNX mistakenly tweeted that officers would be “pulling people over who are following traffic laws” to give them the coupon.

The station’s tweet ignited a digital onslaught of incredulous comments. “Oh good, cops are going to interrupt my day with a promotion I legally cannot ignore. Super fun,” wrote one Twitter user. “This is absolutely unlawful. A traffic stop is a seizure, and must be supported by probable cause of a traffic infraction or reasonable suspicion of a crime,” wrote another.

The Tempe police publicly clarified that its officers were not pulling people over without cause and KPNX corrected its story, but the damage had already been done.

“The tips for managing a crisis like this is to have a crisis response plan in place and identify spokespeople, develop messages and identify communication channels before a crisis could strike, and to regularly monitor your brand reputation on social media to catch any issues that are happening real-time,” Grossman said.

The viral anger was directed at Tempe police, not Circle K. The retailer continued its #MakeYourMix campaign, which received about 1,900 U.S.-based entries on social media in 30 days, according to Talkwalker. (Circle K did not respond to CSP’s request for comment.)

"Oh good, cops are going to interrupt my day with a promotion I legally cannot ignore. Super fun."

Despite this past summer’s mix-up, Circle K has also gotten plenty of positive exposure from Twitter—especially when sponsored athletes support the brand, according to Talkwalker data. For instance, NASCAR racer Joey Logano tweeted a video of a Circle K customer hopping into the driver’s seat of his car under a Circle K forecourt in August.

While Circle K has received positive responses to its athlete and celebrity endorsements, Grossman said brands working with celebrities should also be sure to do their homework first. “Really do some searching online to be able to see what the celebrity has posted in the past and what things they are talking about,” he says. “What themes are they talking about? What are their values and are they aligned to what your company’s values are?”

He also cautions brands to watch out for fake celebrities who “cook the books,” as he puts it. He said some so-called celebrities employ armies of people in foreign countries to swarm online and beef up the celebrity’s online engagement based on something they posted. A recent study from cybersecurity firm Cheq found that at least 15% of all influencers’ followers were fake.

The best way to spot a fake online celebrity is to consider the consistency of their online engagement. “You want to look for celebrities that are consistent in terms of their traffic and engagement,” Grossman said. “There aren’t these peaks and valleys.”

For brands without the resources to secure celebrity partnerships, Grossman said happy customers are the best social-media ambassadors. He cites a piece of user-generated content for Palo Alto, Calif.-based carmaker Tesla as an example. A Tesla owner shared a video in which he used his car’s limited self-driving capabilities to parallel park as he watched from his apartment window two floors above.

“That generated a lot of engagement and buzz,” Grossman said. “If there’s an opportunity to use people who are enjoying and liking your product or service, those are great people, and often it doesn’t cost anything other than them signing a waiver allowing [the post] to be used.” Grossman also advises brands to check with a branding or advertising attorney when sharing content from online fans to ensure everything is being handled correctly.

"You want to look for celebrities that are consistent in terms of their traffic and engagement."

When all else fails on social media, good-natured piggybacking can be a winning strategy, Grossman said.

Krispy Kreme, the doughnut shop chain based in Winston-Salem, N.C., demonstrated successful piggybacking when it one-upped Canton, Mass.-based Dunkin’ on National Donut Day. Dunkin’ offered customers a free doughnut with the purchase of any beverage, but Krispy Kreme went the extra step and offered a free doughnut to anyone who visited a store that day.

“Sure, piggybacking could be a form of flattery; however, it worked great for Krispy Kreme,” he said. To follow this approach, he advises retailers to research dates such as holidays and special events that align with their brand. “Take a look at what competitors have done in the space, assign a hashtag and promote it early.”

If You Can't Beat Them, Profit From Them