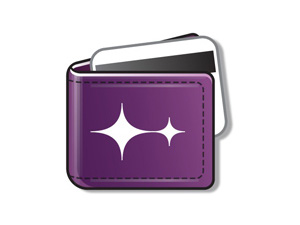 It did not offer a specific target date.

"Over the past nine months, we have proven the power of an open platform, creating an ecosystem of literally hundreds of partners dedicated to making mobile commerce a reality," said Michael Abbott, CEO of Isis. "As part of our commitment to consumers, we are incorporating feedback from our pilots into the next generation of the Isis Mobile Wallet as we prepare for national availability later this year."

Nearly 20 million smartphones in market currently feature NFC technology, with millions more being shipped each month by three of the nation's leading carriers--AT&T Mobility, T-Mobile US Inc. and Verizon Wireless. And 35 mobile devices across AT&T, T-Mobile US and Verizon currently support Isis, a number the venture said it expects will continue to grow. It added that it expects to introduce support for iPhone, Windows Phone and Blackberry 10 later this year.

Consumers that activate the Isis Mobile Wallet can pay at retail locations that accept contactless payments, the number of which has steadily grown over the past several years. So far, 25 of the top-100 national retailers have deployed or are deploying contactless terminals. Aite Group projects that 1.3 million U.S. locations will have contactless-ready payment terminals by yearend, making it the most broadly deployed mobile payments technology at the point of sale.

Findings from the pilot launched in October 2012 show that:

The venture is based in New York City. It is chartered with building Isis. The Isis Mobile Commerce Platform will be available to all merchants, banks, payment networks and mobile carriers.