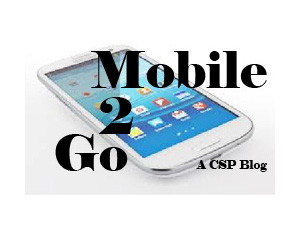 OAKBROOK TERRACE, Ill. -- After seeing the Vibe statistics on customer inclination to use a mobile wallet, I was less impressed by the people who said they would use a wallet if it had discount or loyalty ties as I was with how many people said they used their phones more to shop today than in the past.

In my mind, going from a physical wallet to a mobile one is a big leap. But using the phone to find a low gas price or to locate a favorite c-store chain is a logical baby step. If I were to bet on public acceptance, I'd start by tracking those baby steps and build my timeline from there.

CHICAGO -- As the PCATS meeting here continued, insights and discussion swirled around mobile technology, but not in the customer-facing ways they have been of late. Visiting speaker Anthony Shop, founder of an online consultancy called Social Driver out of Washington, D.C., said mobile-savvy customers walk into stores knowing what the promotions are sometimes sooner than employees do.

How does that happen? The notorious binder that all the information about promotions gets put into may not be the best way to communicate to today’s cashier. It’s a 1980s way to communicate in a 2013 world of social media. A mobile push to a customer goes out in seconds, while a printed page needs to be put into a binder where it may sit for a while, slid under the register.

Employees themselves may be more connected with their phones, so an internal solution using mobile phones may be something to think about, Shop told attendees.

CHICAGO -- PCATS is meeting in Chicago this week to reconnect and continue its standards work. Some initial thoughts from PCATS head Gray Taylor:

LAS VEGAS -- Attendees at this month’s Financial Mobility Summit held in Las Vegas were envisioning a different payment landscape, one that embraced the concept of a smartphone or tablet replacing the point-of-sale (POS) device and of consumers using their phones to pay for cigarettes or gas.

Many retailers outside the c-store arena are already trying “line-busting” tablets that accept credit cards and even testing quick response (QR) codes that customers scan to initiate mobile payments--with all the infrastructure essentially on the customer side and in the “cloud.”

But don’t discount the old, reliable POS. Change can be disruptive, but a lot would have to happen for retailers to abandon their trusty registers.

In the meantime, “prepare for everything,” said Erik Vlugt, vice president of product marketing, VeriFone, San Jose, Calif., telling about 50 attendees at a conference session that upgrading POS devices to accept new forms of payment was critical. “We may not know what forms of payment will actually take hold, but you need to buy hardware that you can upgrade or that can already support it.”

Panelists in Vlugt’s session agreed that the evolution of mobile payments will require buy-in from merchants. “You need merchants to take the payments,” said Oscar Munoz of CHARGE Anywhere, South Plainfield, N.J., noting how retailers in the coming years will “need the functionality” of accepting all types of payment, including mobile.

LAS VEGAS -- The other day, when panelists at a financial mobility conference here in Las Vegas were taking pot shots at the progress of current mobile wallet efforts--including that of the phone carrier project called "Isis" and Google Wallet--Tony Abruzzio, business development executive for Isis, took a moment out of his panel to take a couple of jabs back.

While the other day's panel was saying that merchants and consumers weren't buying in to what was happening so far, Abruzzio pointed out the strong points of Isis and its use of near-field communications (NFC) technologies:

As The Financial Mobility Summit went into its second and final day, certainly more discussion and banter back and forth would occur.

Isis officials said in a statement that the number of POS contactless terminals has “steadily grown over the past several years.” Twenty-five of the top 100 national retailers have deployed or are deploying contactless terminals, they said. Officials quoted Aite Group as projecting 1.3 million locations in the U.S. will have contactless-ready payment terminals by yearend, “making it the most broadly deployed mobile payments technology at the point of sale.”

Retailers watching Isis ought to also mentally pair its progress with the growth of NFC, a POS upgrade that may affect their stores.

OAK BROOK, Ill. -- As mobile-marketing methods sift into the consciousness of convenience store retailers, the specific developments are worth noting as they arise. Red Bull recently tied the task of signing up for a contest to a text-in and quick response or QR code process. Customers wanting to take part in a last-minute chance to help design and build a contraption for the beverage-maker’s zany flying contest would first engage the energy drink company via their mobile phones.

Certainly, the bigger idea here is the unusual contest (make-shift flying machines being put to the test on a single day in several cities simultaneously), but for retailers tracking the use of mobile marketing in this industry, it’s more evidence that cellphones are becoming the first step in engaging on-the-go customers.

OAK BROOK, Ill. -- If it isn’t already apparent, one of the most well-established mobile-to-retail ties is the on-the-go consumer looking for the best place to buy gas. CSP Daily News this week ran a piece on a study from xAd/Telmetrics that says two out of three gas and convenience searches are using mobile exclusively. They’re typically on the go and in the store of choice within the hour and many of them notice the ads tied to these searches.

The article goes on to say that mobile consumers prefer gas and convenience apps over websites, which further bolsters the argument for chains to have such apps in the marketplace.

It also strengthens ideas on what c-store apps should have--pricing information (if not comparative pricing information), opportunities for select vendors to participate with ads and something to entice people to choose their app over a direct competitor’s.

Do findings from studies like this mean a retailer should react right away? No. But with each day, more and more data surfaces to help retailers make informed choices.

OAK BROOK, Ill. -- With convenience store behemoth Circle K joining the ranks of retailers choosing the MCX mobile-wallet option, there’s little left to wonder which direction at least the major chains will go on this issue. Of all the current choices, including Google, PayPal, ISIS and others, MCX (Merchant Customer Exchange) is the one most associated--for good or bad--with Walmart.

Founded in 2012 in Dallas, MCX is often referred to as the retailer-centric option, but all I can see are strange bedfellows, especially since cross-channel blurring is such a watch word in our industry.

It’ll be easier to see the ramifications of these decisions as the other options start to fall away, and c-store retailers begin to understand who’s really calling the shots.

CSP senior editor Angel Abcede has been a convenience-technology writer for more than 20 years. See "Related Content" below to read more posts from his “Mobile 2 Go” blog on how mobile technology applies to convenience retail. You can reach him at aabcede@cspnet.com.