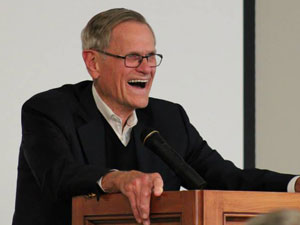 "We've gotten pretty good at operating and managing our platform of five to six moving parts: a convenience store, trucker store, gas and diesel fuel and one or more branded restaurants in all our stores," Love told the attendees, according to the report.

Love's three years ago added a heavy truck commercial tire business to its offerings, Love said, and has 180 light mechanical service shops, which it plans to grow to 300 by the end of 2016, he said.

"Each highway store is a profit center," he said, "which, because of interlocking parts, has a competitive edge. For example, a McDonald's restaurant may bring in gas and store sales. It all works pretty harmoniously."

This year, Love's will add about 42 highway stores, including some on secondary highways in rural Oklahoma, Love said. In west Texas and North Dakota, where there are staffing challenges, the company has bused workers from El Paso, Texas, to Odessa, Texas, or offered adjacent cut-rate living quarters in Williston, N.D., as an extended employee perk, he said. 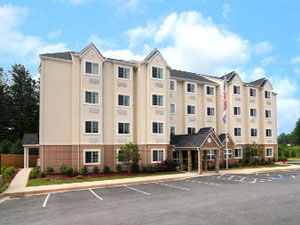 The company, he said, last week opened a 90-room Microtel Inn & Suites by Wyndham hotel in Pecos, Texas, on Interstate 20 between El Paso and Odessa, which initially will be managed by St. Petersburg, Fla.-based Sky Hospitality. Managers plan to open five hotels a year for the next three years, Love said, with Sweetwater, Texas; Jasper, Ala.; and Mossy Head, Fla., following the Pecos hotel.

Along with the Wyndham Hotel Group, Love's has been working with Marriott Hotels and the Hilton Hotels, Love said.

Founded in 1964 by Tom Love, Love's remains entirely family-owned and operated. It has more than 310 locations and 180 Love's Truck Tire Care centers in 39 states.