ALBANY, N.Y. -- Governor Andrew Cuomo has announced the beginning of a new, statewide cooperative effort to crack down on illegal credit-card and debit-card skimmers at gasoline dispensers across the state of New York, “seeking to end criminals’ ability to empty the bank accounts of their victims.” 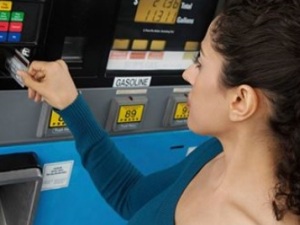 With card data theft incidents on the rise across the country, the State Department of Agriculture & Markets’ Weights & Measures Bureau is conducting New York’s first-ever training and sweep of gas station dispensers across the state to proactively protect consumers and gas station owners.

There are approximately 42,000 gasoline dispensers in the state.

A subsequent investigation by the Monroe County Sheriff’s Department and the Rochester Police Department turned up four more skimmers at gas stations in Rochester, Scottsville, Wheatland, and Fairport.

The Weights & Measures Bureau developed a training module, which it used to educate its own supervisors and inspectors along with county-level weights and measures staff in how to identify the skimming devices.

Staff members are trained to look for various types of skimming devices:

If a device is identified, Weights & Measures staff members will alert the gas station owner and local police.

Experts offer several ways in which people can spot skimmers and help keep themselves from becoming victims of fraud. They should check the gas pump or ATM carefully for signs of a skimmer, such as:

“With this aggressive new action, we're aiming to crackdown on this fraud before it starts by capturing these scammers in the act, and protecting the financial future of thousands of New Yorkers,” said Cuomo.

A New Focus on Credit-Card Skimming