KNOXVILLE, Tenn. --Pilot Flying J is being accused in two proposed class-action lawsuits of failing to warn customers that there could be a hold for an amount much higher than their fuel purchase placed on their credit-card accounts when they pay at the pump at the company’s truckstops, reported The Knoxville News-Sentinel. 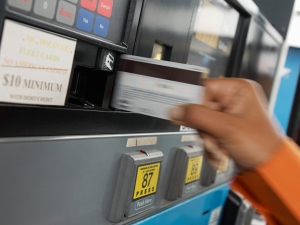 Attorneys have filed two lawsuits--one in Jefferson County, Tenn., Circuit Court and one in Sevier County, Tenn., Circuit Court. Although each lawsuit lists one plaintiff, the attorneys are seeking class-action status to represent all Tennessee citizens who have purchased fuel at a Pilot using a credit card and then found a larger-than-expected hold placed on their accounts.

According to the report, the lawsuits say Pilot routinely places a hold for as much as $75 to $100 for customers gassing up passenger vehicles and as much as $500 for truckers.

The lawsuit states that the company "knowingly, affirmatively, and actively concealed the true nature, quality and character" of fuel purchase transactions, said a separate WBIR report.

"At this time, Pilot Flying J has not received documentation of the lawsuit. We will review the complaint prior to making any comments." Anne LeZotte, communications manager for Pilot Flying J, told WBIR.

Holds are “not done by the retailer,” Emily LeRoy, executive director of the Tennessee Fuel & Convenience Store Association, told the News-Sentinel. “It is by the credit-card company or bank that issues the credit card. Their rules and how they manage those holds is their business, and retailers have no control over it.”

Merchants can set the amount of the hold, based on how much the intended purchase might total, such as the cost of a complete fill-up, Regions Bank told the paper. The bank maintains the hold on the account until the actual sale amount posts to the account, or three days, whichever is shorter, and the retailer has no control over that.

The News-Sentinel said that a warning sticker on the gas dispenser at a Weigel’s convenience store in Knoxville, Tenn., says, “When using bank cards at the pump, a hold will be placed on your account ranging from $1 to $100. Your bank determines the amount and how long the hold remains on your account.”

Pilot Flying J, the largest operator of travel centers and travel plazas in North America, has more than 650 retail locations under the Pilot and Flying J brands.